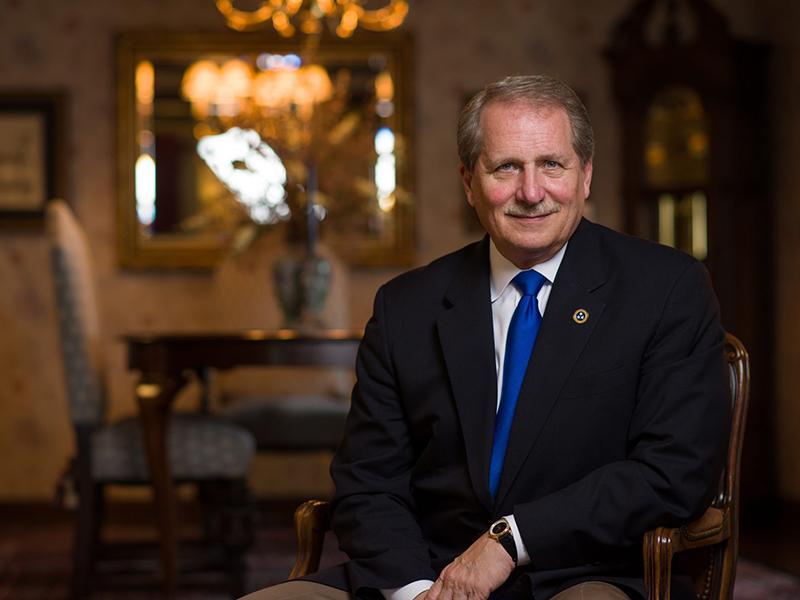 State Sen. Bill Ketron (R-Murfreesboro) Monday resigned from his seat representing the 13th District in Tennessee effective Aug. 31, according to a press release.

Ketron has resigned two months before his term of office is set to expire so he can take office as Rutherford County Mayor on Sept. 1 and state law prohibits holding certain public offices at the same time.

“Serving the people of the 13th District has been a privilege and an honor and I am proud to have worked on their behalf,” said Ketron in his letter of resignation to Gov. Bill Haslam and Lt. Governor Randy McNally. “I also appreciate the opportunity to have served with such dedicated members and staff of the General Assembly, as well as those in the executive and judicial branches of state government. I will cherish their friendship.”

“Bill Ketron has been an excellent Senate member and an outstanding Senate Republican Caucus Chairman,” McNally said. “This is a huge loss for the Senate but a big win for the people of Rutherford County. Rutherford County is facing many great challenges due to the explosive growth in Middle Tennessee. Bill is the right man to serve as mayor at the right time in the history of the county. He will be an outstanding mayor.”

Major legislation passed by Senator Ketron while serving in the State Senate includes:

• The Competitive Wireless Broadband Investment, Deployment, and Safety Act of 2018 which accelerates game-changing investment in mobile broadband infrastructure via 5G technology by creating a uniform deployment process for small cell wireless broadband providers;
• The Tennessee Procurement Act overhauling the way state government contracts for the purchase of goods and services to make sure taxpayer dollars are used more efficiently and effectively;
• The Insurance Verification Law which put teeth in Tennessee’s Financial Responsibility statute by establishing an online automobile insurance verification program to help ensure compliance;
• Two major lifesaving laws to reduce the risk of preventable complications and death due to stroke – one strengthened the state’s Stroke Registry, while the other set up protocol guidelines for first responders to get patients to the best treatment facility possible when time is of the essence;
• Andy’s Law which authorizes the seizure of a convicted terrorist’s assets and allows victims to bring a lawsuit against the perpetrators and those who provided material support;
• The Wine in Grocery Stores Law that let Tennessee communities allow for the sale of wine in retail food stores via a local referendum;
• Tennessee’s Photo ID Law to reduce voter fraud; and
• The Tom Cronan Physical Education Act which addresses Tennessee’s critical child obesity rate by ensuring that elementary students are receiving adequate physical education.