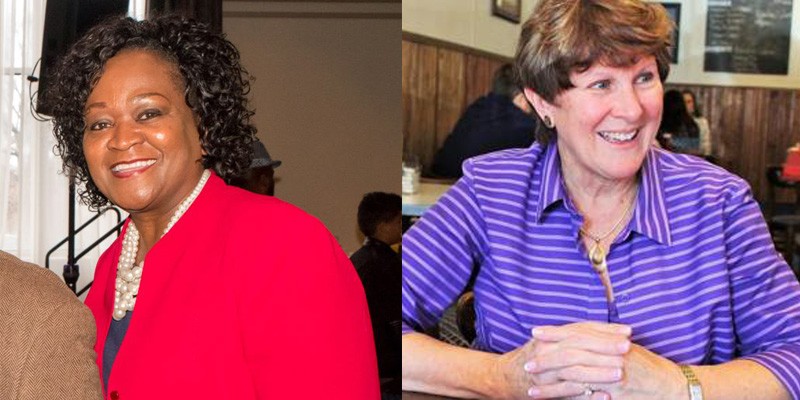 Carolyn Cox, of Murfreesboro, received bachelor's degree from TSU and an MBA from MTSU. She is currently employed as an Operations Manager for the FedEx Corporation and has won a number of awards within the organization including Operations Manager of the Year. Carolyn is a member and former officer of Delta Sigma Theta Sorority Inc. She is also a board member of Iota Phi Lambda Business Sorority, the Murfreesboro chapter of the NAACP, the Rutherford County Democratic Party, Rutherford Cable, and a former Athena Award nominee.

Judy Whitehill, of Murfreesboro, has her bachelor's and master degrees from MTSU. She taught 28 years as a Speech and Language Therapist and a Media Specialist in the Murfreesboro City School System. She served four years as President of the TEA and three years as Coordinator of Membership before retiring in 2009.  She has held leadership positions and is an active member in Delta Kappa Gamma Society International, Rutherford County Retired Teachers Association, League of Women Voters, Rutherford County Democratic Party and the Rutherford County Democratic Women. Judy has been honored with several awards including Chamber of Commerce Outstanding Teacher.

Carolyn Peebles of Smyrna, worked for Nissan for more than 17 years before being appointed to the Rutherford County Election Commission in 2011.