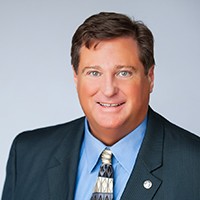 Dr. JC Bowman is the Executive Director & CEO of Professional Educators of Tennessee. Bowman began his career in education in Tennessee public schools, where he taught high school social sciences and special education. He was elected to three terms as vice president of the National Association of Professional Educators. He has an extensive background in developing legislative priorities, evaluating existing education policies, and coordinating political activities with policymakers and lawmakers. A popular speaker, Bowman has appeared on radio and television shows and featured at events on the local, state, and national levels. He has authored numerous academic studies and articles for various organizations and publications. Bowman served as the Chief Policy Analyst of the Education Policy Unit for Florida Governor Jeb Bush. During his tenure in the Bush administration, the state completed an ambitious school code rewrite. In 2003, Bowman received the SMART Award from the National Institute for Educational Options, Fischler Graduate School of Education and Human Services at Nova Southeastern University for his educational efforts in Florida. JC Bowman is a Marine Corps veteran, meritoriously promoted twice in the line of duty