Bizarre in the Boro: Man breaks legs running (and jumping) from police 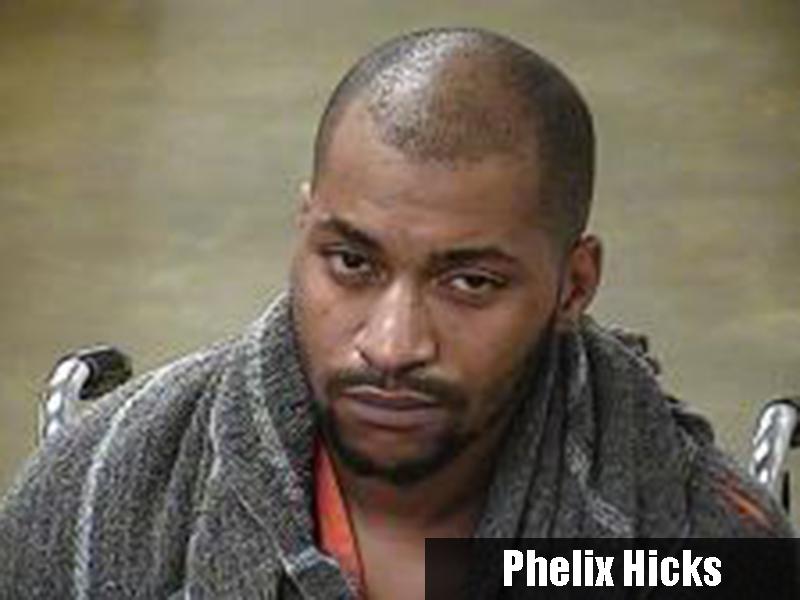 A Murfreesboro man broke both of his legs and feet when he jumped from a second story balcony to evade police, according to reports from the Murfreesboro Police Department.

The incident began around 2:30 Wednesday morning, Jan. 10, when a resident at Student Quarters on Greenland Drive near MTSU campus called police because a man pulled a gun on him.

The complainant said he was woken up by yelling from an upstairs apartment. He went to the apartment to see what was going on, the report said.

The complainant turned around, went back to his apartment and called the police.

When police arrived, they found a man matching Hicks's description and told him to stop. Hicks, 28, fled the command by trying to jump from the second or third story of the apartment building, the report said.

MPD officers searched the building before finding Hicks cowering under a stairway with complaining of ankle pain and an (alleged) bag of meth "within arm's reach," the officers reported. In an incident report, officers said a field testing kit "tested positive for methamphetamine."

Hicks was arrested and taken to the hospital for treatment where he was found to have broken both legs and both heels in his failed escape.

Hicks was charged with seven felonies, including aggravated assault and felony possession of meth.

When officers searched Lawson's apartment, they found the weapon used to intimidate the neighbor under a dresser. It was an airsoft pellet gun.

The officers also reported finding several counterfeit $20 bills in the dryer, according to a separate arrest report. When asked about the counterfeit bills, Lawson denied knowledge.

As officers booked Lawson, 25, for charges related to the Hicks incident into the Rutherford County jail, she said to an officer "where is my money that was in the dryer, so I can use it to bond out of jail," according to her arrest report.

As of Friday, she was still in jail.

A Murfreesboro woman reported her identity had been stolen three times by none other than her mother.

The 24-year-old woman said she had gotten a copy of her credit report (as you should) and discovered three fraudulent credit accounts, according to an incident report.

She said she believes her mother is responsible because "the credit accounts went to her mother's address" in New York state, the victim said in the report.

The first of the three credit accounts were opened in 2012. All were closed by the end of 2017.

In an unrelated report, an employee at a long-term care facility in Murfreesboro turned a suspicious envelope over to Murfreesboro police on Wednesday, Jan. 10.

According to the incident report, the woman said a man she does not know "gave her a white envelope to one of their employees and asked them to mail it."

When MPD opened the envelope, which was addressed to OPEC (Organization of Petroleum Exporting Countries, one would assume, unless there's another OPEC), contained several handwritten letters.

It also had a return address for a location in Murfreesboro.