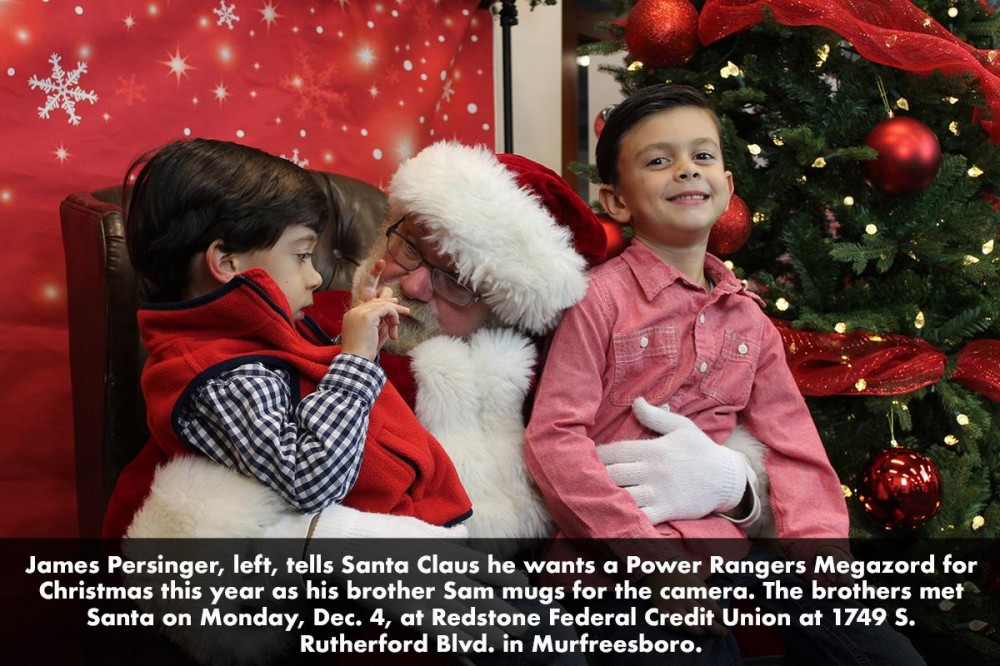 As part of Letters to Santa, Redstone will contribute $1 for each letter or email received to two charities that serve children and families. Total proceeds will be equally distributed between Special Kids Therapy & Nursing Center in Murfreesboro and Christmas Charities Year Round in Huntsville -- up to $18,000.

“We really love to give back to the community in any way we can,” said Mike Panesi, Redstone Tennessee Market executive. “Special Kids is an incredible program that helps so many in our community. What better way to help children in our community than by supporting Special Kids?”

James, 4, came to Redstone with his mother, Liz Persinger, and brother Sam, 6, to tell Santa about his Christmas wishes.

When James was born, he had spina bifida and hydrocephalus, Liz Persinger said.

Spina bifida occurs when at least one spinal vertebra is only partly formed and the spinal cord is not properly developed. It often occurs with hydrocephalus, which is the result of a blockage in the flow of cerebrospinal fluid.

“We were told he would never walk and, if he did, it would be with a walker,” she said. Doctors also said he would probably never be able to communicate.

At three months old, James started therapy sessions at Special Kids. Over the past few years, he has received nearly every form of therapy the Murfreesboro nonprofit offers, his mother said.

Special Kids provides physical, occupational, speech and nursing therapy to children in Middle Tennessee, regardless of their ability to pay.

Thanks to the therapies from Special Kids, James now walks on his own and on Monday, he sat on Santa's lap and told Santa what he wants for Christmas -- Power Rangers Megazord.

Liz Persinger said she gives thanks daily for what Special Kids has done to help her son.

And Special Kids is thankful for what Redstone is doing for it.

“We are very grateful to Redstone for choosing us this holiday season,” said Leigh Ann Lamb, investor relations coordinator for Special Kids.

“Christmas is about children, doing something wonderful for all children. It’s not just about presents. And Special Kids does that every day,” Panesi said.

Redstone is asking members of the community to write a letter to Santa and place it in one of the special bright-red mailboxes located inside their branches. Branches are located at 1749 Rutherford Blvd., in the Publix Shopping Center and at 1141 Fortress Blvd., in Murfreesboro.

You can also email the letter to the North Pole through this special link. Letters will be accepted through Christmas Eve.

Last year, this special holiday event generated $5,300 for Kids To Love – a North Alabama-based charity that brightens the lives of foster children by providing school supplies, Christmas gifts, scholarships and much more. 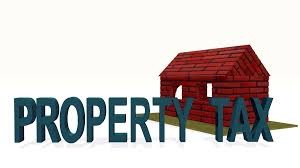 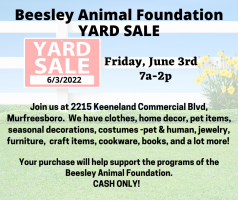 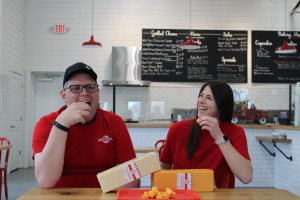 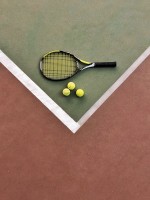 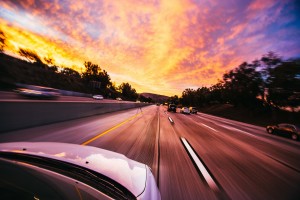