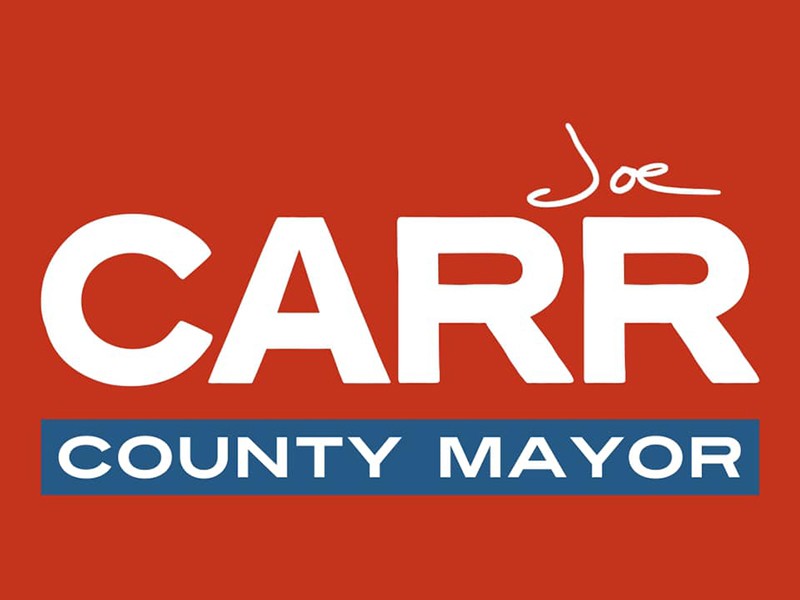 Whelp, that didn't take long. Joe Carr issued his first defense of himself within 12 hours of announcing his candidacy for Rutherford County Mayor. It might be a record.

This time it is for rumors that he left his job in Bill Lee's administration after HR complaints of harassment and inappropriate workplace behavior.

In case you've forgotten about Joe Carr, he's the guy who served in the General Assembly, and since has unsuccessfully run for two different U.S. House seats, the U.S. Senate, state Republican Party chair, and the state Senate.

After Bill Lee was elected governor, he appointed Carr as assistant commissioner for the Tennessee Department of Environment and Conservation. Carr resigned after about a year following (but not because of) complaints filed with human resources about alleged inappropriate behavior.

In his Facebook post, Carr defends himself by laying out the harassment charges against him (and kindly including copies of the complaints). You can read the whole thing below.

I'm not going to defend the veracity of the complaints or Carr's defense against them. Instead, let me say a few things about his statement. It reads as a man who is completely tone-deaf to the changes in society and the modern workplace.

First, just say no to telling women they have a pretty smile, a cute nose or you "have a crush" on anything.

Would you say that to a male colleague? If not, then keep your thoughts to yourself. Honestly, most women don't care if you admire their smile, looks, dress, anything really. We were more than the sum of our parts, which is what you reduce us to when you make comments like this.

Second, was it wrong according to Tennessee's HR handbook? No. Does that mean it is acceptable behavior in a modern workplace? Also, no.

These questions could be applied to the rest of Carr's alleged harassment.

The answer to any and all of these questions is a resounding "NO." (In all caps for the people in the back.)

These allegations and Carr's defense of himself reminds me of how he used (and misused) per diem while serving in the state House.

During his time as a state representative, Carr claimed the full $171 a day per diem that is meant to pay for hotel and meals for out of town legislators (i.e., not Lascassas). He claimed around $18,000 per diem in 2009 alone. His misuse of the per diem resulted in a rewriting of the rules that keeps legislators from claiming the cash if they live close enough to the Capitol to drive in for the day.

It wasn't against the rules then for him to claim it. But does that make it right? No, it does not. In fact, conservative stalwart Steve Gill actually said it was a sign of Carr's integrity.

Again for the one's in the back, just because something isn't explicitly against the rules, does not mean it is appropriate behavior for a state representative, assistant commissioner or county mayor.

Now let's see how he responds to the almost $100,000 he still owes for his other failed campaigns.

This is long so I need you to bear with me. It's been less than 10 hours since I announced I'm running for Rutherford Co. Mayor and already I'm getting phone calls about claims of "harassment" while serving at TDEC as Assistant Commissioner. Liberal big government bureaucrats just don't sleep, do they? Let's make something clear. If you want transparency & open government in Rutherford County, here's what that looks like... I have nothing to hide. I have no scandals. You won't put me on defense because you can't. You want to see what's in my employee file from the state? No need to file a FOIA, here it is. Let's run through the "accusations” from the 3 complaints in my employee file during my year as Assistant Commissioner. Mind you, in all my years of service as an elected official, I've never had a single complaint filed against me. Let's go...

1-A: The Department of Human Resources (DOHR) "Investigator" (bureaucrat) found that Mr. Carr told a woman she had a pretty smile. I don't recall saying so, but it sure isn't out of character for me. If you know me, there's a 99% chance I've paid you a similar compliment. If not, let me know in the comments below and I'll be sure to do so next time I see you. Yawn. Next...

1-B: This one is good because it shows you all exactly what all this is about... " DOHR found no evidence to support the claim that Mr. Carr told the woman she was cute and was dismissive about the Me Too movement." Nice try, but pretty amateur, and you showed your hand to be politically motivated.

1-C: "DOHR says Mr. Carr told the woman she had a cute pink nose after commenting that it was sunburnt." Yup. Sure did. In fact, I'm the one who corroborated the claim (again, nothing to hide...). I was commenting on how it looked like she had gotten sunburnt, she seemed upset by the comment, maybe even embarrassed, so like the dumb dad I am, I said "oh, but it's cute." I even went to her later and apologized for bringing it up and she was totally dismissive about the incident- basically saying, no big deal at all.

1-D: "Mr. Carr used the term 'Professional Escort' when referring to a female employee." Yup. I sure did. It was one of my first days on the job, I was being given a tour, someone asked if I was being escorted around or needed assistance, I said, "No, I've actually got a very professional escort right here!" Paying compliment to the wonderful tour I was being given. A bystander filed this “report”. When asked what happened, the woman I was referring to never even complained, as she knew I was complimenting her. Next, we have: "Mr. Carr told a female worker's supervisor he had a crush on her.... (wait for it) ...work ethic." Oh, that's right. True then, still true now. I worked with this woman in the past on legislation when I was in the State House. I've never seen someone work as hard as her. Wish I could clone her. The woman herself, who I made the comment about, even says in the statement that I have always been professional and kind towards her and it was obviously meant as a compliment. But of course, that didn't stop some liberal bureaucrats from trying to create drama because a conservative like myself was serving in the administration. What's next? "There was no evidence that Mr. Carr ever hugged anyone inappropriately." And finally, claims that I made "retaliatory threats" against those who "blew the whistle" about me saying someone had a nice smile, was giving a very professional tour, and had amazing work ethic, were found to have no basis in fact and zero evidence.

Before we move on to complaint number 2, let me make something clear- anyone can file a complaint anonymously, say whatever they want to with zero accountability, and never have to face the person they are accusing. These complaints stay in a person's file indefinitely. Seems like a pretty easy system to exploit, doesn't it? Boss doesn't give you an underserved raise? File a fake harassment complaint. Especially if you don't like their politics.

2-A: Again, someone claims I retaliated against them for "blowing the whistle" after I suggested a 5% pay raise instead of a 10% pay raise for the individual. They got the 10% raise anyways. Well, did you ever think that perhaps you just didn't deserve a 10% raise? Because the investigator found no evidence of the claims of retaliation whatsoever. Next.

Believe it or not, actual locker room talk. No distasteful claims about women, just stupid male anatomy jokes. Who pays this much attention to another man in the bathroom anyways- I believe the individual who made these claims has some serious problems.

3-A: Male claims I made inappropriate comments about "BDE", yet identified no witness and didn't want to be contacted by DOHR. DOHR "Investigator" found no proof. In fact, a staffer confirmed Carr said/did nothing inappropriate. Because, uh, it didn't happen.

3-B: Male also claims I made "whooshing” sounds/movements so others would see my privates. Those present in the bathroom during the supposed event say it never happened and I've never done such a thing at any time.

As they continued to "investigate" my bathroom schedule, at one point they "discover" I made a joke about the water in the urinal being cold/deep. The individual I told the joke to says he was not offended or uncomfortable. I wasn't aware that the fella from the other complaints was apparently in the bathroom spying on us and reporting back.

3-C: Anonymous makes a claim that I made comments about one of my old cars being a "babe magnet" that I would use to pick up girls. No evidence of this claim was ever found. That said, I will confess, there is some evidence. While I don't know if it's the same car that "anonymous" is referencing in their claim, I did indeed have a babe magnet of a car. In fact, it was so effective that my wife of 38 years, mother to my 3 kids, and grandma to my 2 grandchildren, Ginny- ASKED ME OUT on our first date. We were married 9 months later.

Anyways, that's all there is. So, if my political foes thought they were holding onto pocket aces and were going to have to FOIA the state for these to do some big media leak, well, I've done the work for you. Feel free to use them. Hell, I'll probably put them on my first mail piece as well. And if anyone tries to claim that I was forced out of the administration over this, I have no problem releasing the tapes proving otherwise. I left on great terms, was in fact asked to stay, and was told I would be welcome back. Stand Firm

May 28, 2021 at 12:23 pm by Viking2000
Basically don't say anything to women, because some will take offense at everything. Keep that in mind when hiring to alleviate frivolous lawsuits in the future.
Report

May 28, 2021 at 01:28 pm by Michelle Willard
@Viking2000 Exactly. Not because we are easily offended, but because we really don't care what you think.
Report
Login or Register to post a comment 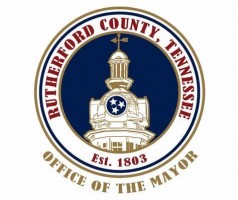