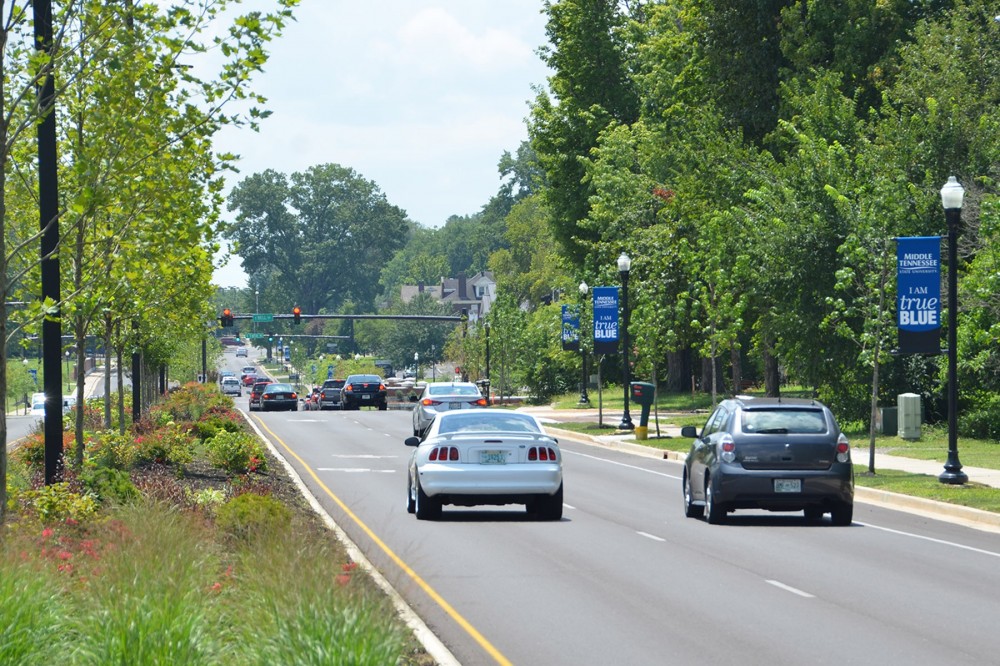 The city of Murfreesboro and Middle Tennessee State University celebrated Friday the renovation of Middle Tennessee Boulevard, an $18.2-million project that turned the thoroughfare into a gateway for the campus.

"The partnership between the city of Murfreesboro, MTSU and our elected officials is strong," McFarland told the crowd assembled at the Faulkinberry entrance for the occasion. "In fact, I would say it's never been stronger."

Construction on the upgrade, overseen by the city, began in December 2016. It turned the road into a four-lane, divided road with a landscaped median, MTSU-branded gates, new bike lanes, improved sidewalks and lighting, new traffic signals, decorative crosswalks, and underground utilities.

McPhee said, "Thanks to the commitment and perseverance of our local, state and federal elected officials, as well as members of our university community, we now have a beautiful, enhanced front door for our campus and Murfreesboro's historic downtown area."

Federal funding, secured by Gordon before leaving Congress in 2011 and supported by Alexander, was key to the project: $5.8 million in high-priority project funding and $1.2 million in congestion mitigation air quality improvement funds.

The city also allocated $6.2 million, including surface transportation monies it received from the federal government, and MTSU provided $5 million.

Gordon, who like McFarland is an MTSU alumnus, said he was proud of the efforts unveiled Friday, describing the project as a "game changer, not only for the university, but also for ongoing efforts by the city to improve and enhance important gateway districts."

"This project makes our city safer, enhances the beauty of this wonderful campus and demonstrates how leadership at the city, state, university and federal levels can work together for the benefit of all of our citizens," said Gordon, who was awarded an honorary doctorate by the university in 2013.

McPhee said he "would be remiss if I didn't mention that it was Bart's vision and the tireless support from him and his staff, along with Sen. Alexander and his office, which made this project a reality."

"MTSU has proven over the last few years that it is committed to high academic standards and helping students complete their degrees," he said.

"This new entrance will help attract even more students," said Alexander, a former governor and former president of the University of Tennessee, citing how first impressions of a campus can often be a determining factor in college choice.

The senator also thanked McPhee and McFarland, adding, "Your leadership has helped make this possible."

Other elements of the project include:

• Traffic flow on Faulkinberry Drive changes to "right turn in, right turn out" onto Middle Tennessee Boulevard.
• A pull-in area for buses has been added to the front of Murphy Center.
• Pedestrian crossings with signals have been added at Lytle and Division Streets, and crosswalks at Bell Street and Faulkinberry Drive have been upgraded.
• Brick walls with planned MTSU signage have been erected at the corners of Greenland Drive and another wall added at East Main Street to better define major entry points onto campus.
• Flagpoles are erected at the corner of Greenland Drive. 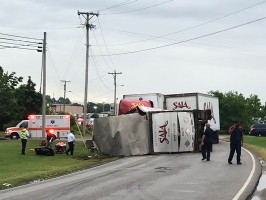