Opinion: Is the media or Trumpism or the shooter to blame in Pittsburgh Synagogue shooting? 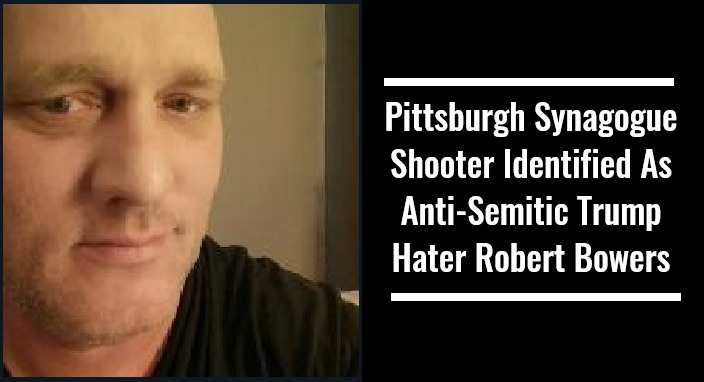 The rush to judgement and assignment of blame is as sickening as it is predictable. Anytime there’s a tragedy, conservatives, Republicans, and now especially President Donald Trump is to blame. Every tragedy is politicized (think Hurricane Katrina & Hurricane Maria in Puerto Rico), and the mass-murder at a Pittsburgh synagogue on Saturday is no exception.

It’s been this way for years. There were shoot-ups during the Obama administration, there were mass murders, and at no time did our media intelligentsia ever try to link any of it to Obama. They tried to link some to the always peaceable tea party Obama opponents but never to him.

Yes, Trump is to blame even though the shooter’s social media posts indicate he’s a vocal Trump critic.

“Is there any tragedy the Washington Post won’t exploit to attack President Donald Trump?” she bluntly wrote in a tweet that contained a snapshot of Sunday’s paper.

“The evil act of anti-Semitism in Pittsburgh was committed by a coward who hated President Trump because @POTUS is such an unapologetic defender of the Jewish community and state of Israel.”

These facts have all been ignored by the media.

The hypocrisy was not lost on Joe Concho of the Hill, who highlighted it on Fox.

“You can’t have it both ways and say President Trump’s rhetoric is triggering people to incite violence and then ignore Maxine Waters or Cory Booker or Eric Holder or anybody who’s said, ‘Get up in people’s faces, run them out of restaurants, tell them they’re not welcome and kick them.’ You cannot have it both ways,” he stated.

Friends, I ask you: Is Trump the one who’s labeled roughly half of the American people “deplorables,” “racists,” “Nazis” and “fascists?”

The answer to these questions is a resounding no. But does the answer even matter to the media? Probably not. This is, after all, the same media that didn’t publish a single negative word about then-President Barack Hussein Obama during the 14 mass shootings that occurred while he was in office.

Ever since Trump’s election to the White House by nearly 63 million Americans, the Trump Derangement Syndrome-afflicted media has lost sight of the facts, instead preferring to mar every allegedly unbiased “report” with anti-Trump venom so glaring even the blind can see it.

The media constantly repeats the charge that he’s racist, discriminatory-based primarily on his vocal opposition to illegal immigration.

Here’s a true story you probably haven’t heard before.

Donald Trump’s private club in Florida, Mar-a-Lago, when purchased by him in the 1980s, like other prestigious clubs in the area, clubs that catered to the old order of upper crust Palm Beach society, barred Jews and African Americans.

He asked the town council to lift the discriminatory restrictions, and it refused. Trump sent members of the town council copies of the film, “Guess Who’s coming to Dinner,” a film that deals with upper-class liberal racism. He then launched a $100 million lawsuit in U.S. District Court to force all Palm Beach club to end discrimination.

He was also the first club owner on the island to admit an openly gay couple.

This story was reported in the Wall Street Journal in 1997.

The reason you will not read or hear this story in the mainstream media today nor hear of Barack Obama’s anti-Semitic allies is: it doesn’t fit their template of the racist demagogue Trump and the saintly thoughtful Obama.

Do not accept the biased opinion you’re being fed masquerading as news. Dig for facts yourself.

I’ve got a news flash for the Democrats and their media allies. As evidenced by the Trump election, attitudes have changed among Republicans and conservatives. They're not going to docilely accept this blame anymore.