Get to know the Legislative Candidates from Senate District 13 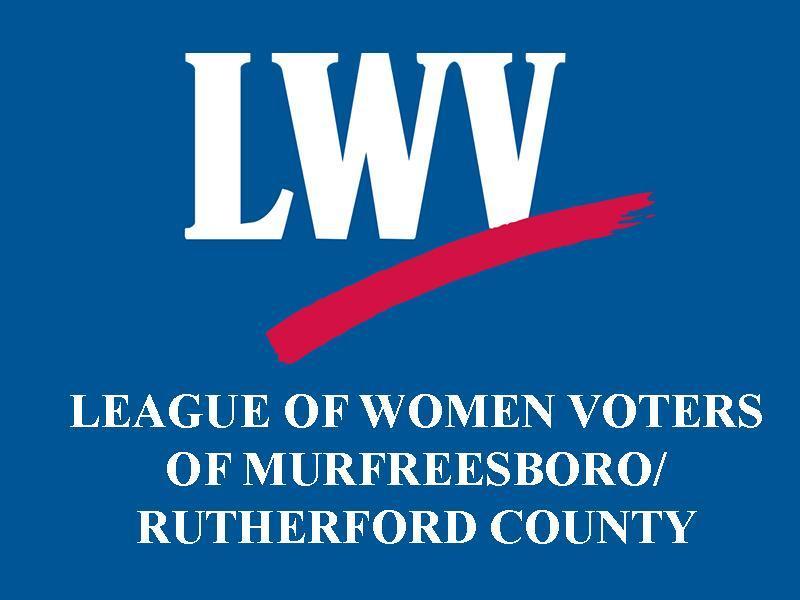 Rutherford voters can hear from legislative candidates in local races in a two-part event on Monday evening, September 17. First, at 6:00 PM in the historic Rutherford County Courthouse, candidates for Tennessee Senate District 13 will appear in a forum hosted by the League of Women Voters in partnership with Rutherford County TV. The forum will also be live-streamed, posted to the county’s YouTube channel, and rebroadcast on RCTV at later times.

Following the forum, the League is hosting a mixer for voters and all interested legislative candidates at L&L Contractors on the Square from 6:30 to 8:30 PM. Citizens are encouraged to attend either or both events.

There are 4 House seats and 1 Senate seat on the ballot in Rutherford County in November. The League invited all candidates in these races to participate in a televised forum. As of press time, two of the three Senate candidates are confirmed for the forum: Kelly Northcutt and Ginger Smith. Candidate Dawn White had not responded to League invitations by phone and email.

At the forum, candidates will introduce themselves and respond to a moderator's questions on a timed basis. A pool of questions for the moderator’s usage is compiled by a League committee using citizen input. Voters are invited to suggest questions to the League by emailing lwvrutherford@gmail.com.

Audience members should be seated 10 minutes prior to the forum start time. No one in attendance may wear or display any party or campaign materials during the forum.

Live-streaming of the forums will be on the RCTV live stream channel at youtube.com/user/RutherfordGovernment/live. RCTV is located on Comcast Cable channel 19 throughout Rutherford County, AT&T’s U-verse channel 99, and DTC channel 194.

Approximately half of Rutherford County is represented by Senate District 13. Voters can verify their Senate and House districts at http://wapp.capitol.tn.gov/Apps/fmlv3/districts.aspx and can also check their voting status and districts by entering their address at tnmap.tn.gov/voterlookup/.

On November 6, voters can cast their ballots at any one of 28 new Voting Centers in the county. Visit election.rutherfordcountytn.gov for more information and a sample ballot. Early voting runs October 17 through November 1.

The League of Women Voters, a nonpartisan political organization, encourages informed and active participation in government, works to increase understanding of major public policy issues, and influences public policy through education and advocacy. Membership in the League is open to men and women of all ages. For more information about this program and the League, visit lwvrutherford.org.