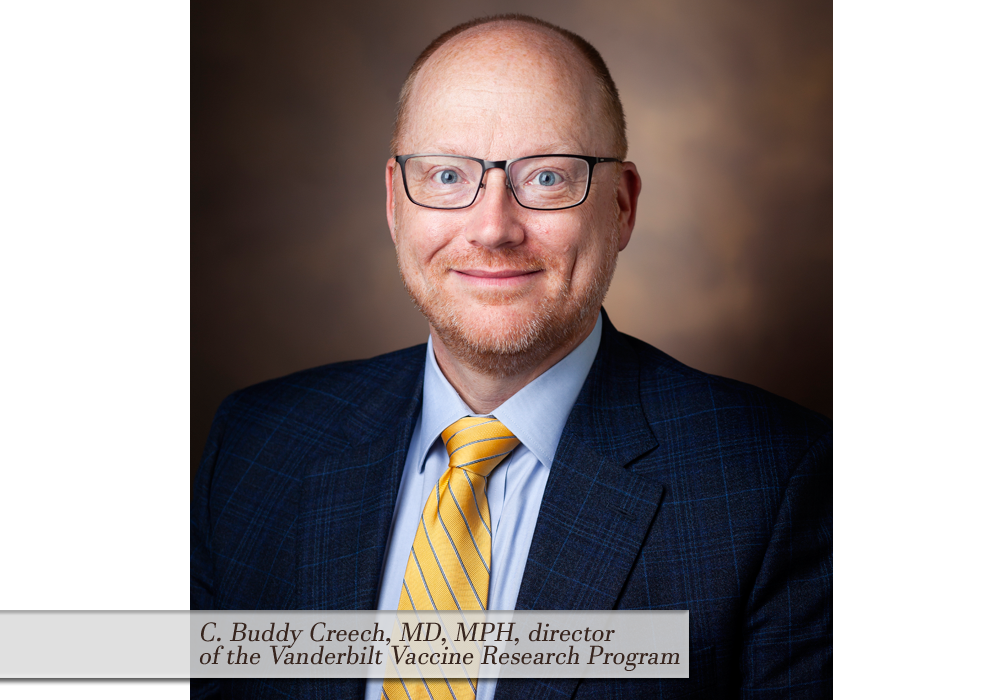 On Wednesday, Vanderbilt University Medical Center confirmed they are now seeking about 30 healthy adults of diverse backgrounds to participate in a national clinical trial to evaluate alternative strategies for administering the monkeypox vaccine to increase the number of available doses.

“We have a limited supply of the JYNNEOS vaccine, which is authorized for the prevention of monkeypox,” said C. Buddy Creech, MD, MPH, director of the Vanderbilt Vaccine Research Program and the Edie Carell Johnson Professor of Pediatrics, who will lead the VUMC trial.

“Because of this, we want to see whether very small amounts of the vaccine, down to one-tenth the regular dose, administered in a different way, will still generate robust immune responses,” Creech said.

To volunteer for the study at VUMC, send an email to vaccineresearch@vumc.org.

VUMC’s participation is funded through a contract with Frederick National Laboratory for Cancer Research, operated by Leidos Biomedical Research in Frederick, Maryland, which provides scientific support to the NIH.

Nationwide, the study aims to recruit more than 200 healthy adults ages 18 to 50 who have not previously been vaccinated against monkeypox or smallpox.

It will compare the standard, subcutaneous dose of vaccine injected into the fat tissue under the skin to two smaller, intradermal doses injected between the outer and inner skin layers. One intradermal group will receive one-fifth and another one-tenth of the standard dose.

All study participants will receive two injections, 28 days apart, and will be followed for a year to see how their immunity to the monkeypox virus changes over time.

As of Aug. 29, more than 18,000 confirmed cases of monkeypox had been reported nationwide by the U.S. Centers for Disease Control and Prevention (CDC), including 165 cases in Tennessee.

Though rarely fatal, the monkeypox virus, which is spread readily by close, intimate, often skin-to-skin contact, causes a painful, blistering rash, fever, chills and other symptoms.

Given the rapidly rising number of monkeypox cases in the United States, on Aug. 9 the U.S. Food and Drug Administration (FDA) authorized intradermal injections to stretch the limited supply of the JYNNEOS vaccine, which is made by Denmark-based Bavarian Nordic.

The FDA’s decision was based on a single study in adults, published in 2015, that found intradermal injections of the Bavarian Nordic vaccine, using one-fifth of the standard dose, generated “an equivalent immune response” compared to the standard dose of vaccine given subcutaneously.

VUMC participated in that study. Creech and Kathryn Edwards, MD, the Sarah H. Sell and Cornelius Vanderbilt Endowed Chair in Pediatrics, were co-authors of the paper published in the journal Vaccine.

“VUMC has a long history of responding to outbreaks and pandemics,” noted Creech, who most recently co-led a national trial that established the safety and efficacy of Moderna’s COVID-19 vaccine in children 6 to 11 years old.

Other sites participating in the monkeypox trial include the University of California, San Diego, George Washington University in Washington, D.C., the Emory Vaccine Center in Decatur, Georgia, the NIH Clinical Center in Bethesda, Maryland, Brigham and Women’s Hospital in Boston, Massachusetts, Saint Louis University in Missouri, and Baylor College of Medicine in Houston, Texas.