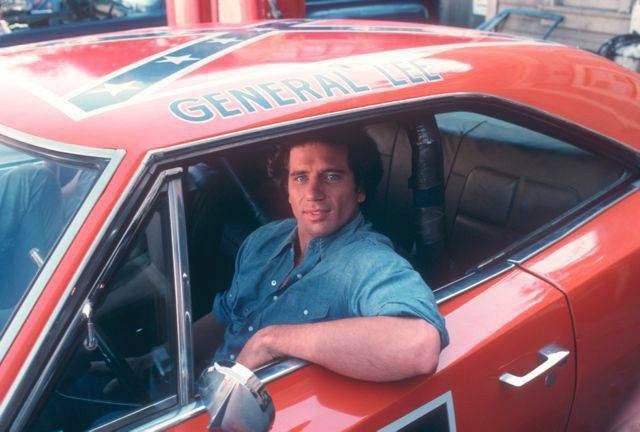 Tom Wopat first entered the national consciousness as “Luke” in the iconic TV series, “The Dukes of Hazzard.” He has been performing in stage musicals since the age of 12. Raised on a Wisconsin dairy farm, and educated at the UW-Madison, Wopat has enjoyed a multi-faceted career in film, television, on the Broadway stage, and singing in venues as varied as Carnegie Hall, The Grand Ole’ Opry, and the Hollywood Bowl. He has also recorded 12 albums in the last 35 years, the most recent being his 2017 release, the eponymous singer/songwriter-styled “Wopat”.

Wopat will be appearing at the Cooter’s Place Nashville on September 3rd and 4th from 11- 3 pm for an exclusive ‘Meet n Greet.’ Cooters houses a plethora of Dukes of Hazzard memorabilia including a replica of the famed General Lee Charger that will be on display. Fans will be able to get their picture made with Wopat alongside the General Lee. And if they stick around, they may be able to hear him play a few tunes on his guitar.

Besides writing/singing music, the actor has been filming the County Line movies, starring as former Sheriff turned private investigator, Alden Rockwell. The first installment was filmed in 2017 while the 2nd movie, County Line: All In, was released earlier this year. Filming recently completed on the final movie in the County Line Trilogy, County Line: No Fear which is currently in post-production.

Wopat has an original song in the final movie. He told me, “The producers wrote it into the script that I’d be playing guitar and the end of the show. So I told them, ‘I might as well write a song.’ They gave me some direction and it really came together rather nicely.”

He recorded an acoustic version of the song “County Line” at the Rebel Ranch outside of Nashville. The song has more of an outlaw vibe than some of his previous original songs but fits perfectly at the end of the movie for which it was written.

I am amazed at the width and breadth of Wopat’s performances. Everything from Broadway and Jazz to Dukes and Hazard and country music.

He states, “I enjoy singing. I’ve been singing since I was a little kid.”

Tom Wopat is currently working on a new record called Simple Man that will be released later this fall. “County Line” will be included on the record along with several other original songs and covers. There will be a couple of standards on the record, a couple of pop covers, and even a song from the musical, Hamilton.

“Next to ‘County Line,’ it’s my favorite new cut,” he emphasized.

While fans eagerly await his next album, those who can get to Nashville can meet the legend in person at Cooter’s Place on the Saturday and Sunday of Labor Day Weekend.

The actor exclaimed, “It’s a party. We have a really good time. And for people who haven’t been to Cooter’s, the museum is amazing.”

The visit to the museum is free and fans can get their picture made with Wopat for a small fee. He will also be selling/distributing copies of his DVD, County Line: All In.