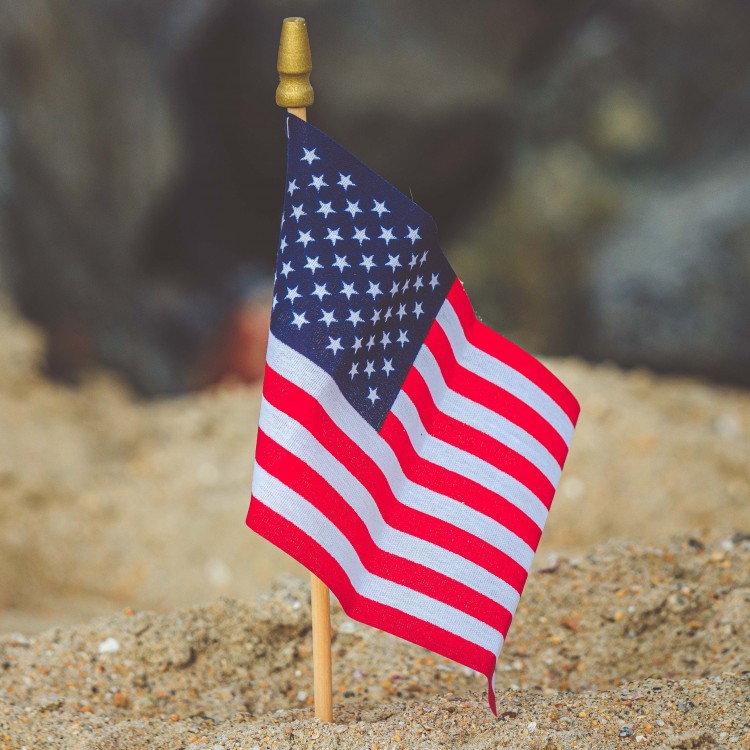 It’s not likely that many who read this piece are trained and experienced in constitutional law, least of all its author. That being said, those of us who are not members of the Supreme Court bar would be forced to admit by default that it’s possible that the Court’s apparently impending decision to overturn Roe V Wade could be valid, in the purely technical sense of the law. Indeed, the language of the decision in Roe is confusing and hard to follow for anyone without a law degree, and that of Alito’s leaked draft decision is equally muddy.

Tennessee is one of about two dozen states that has a “trigger law” that would ban abortion as fast as procedurally possible if Roe v Wade is overturned. In some states, abortion would be criminalized even in cases of rape or incest, or if the health of the mother or fetus was at risk. Since the constitutional guarantee of a right to obtain an abortion would be abolished, the ban could be legally absolute.

But let’s put the constitution aside for a moment.

Poll after poll have demonstrated that a large majority of Americans support the legality of abortion under all circumstances. Probably most of those who support a ban on abortion do so vaguely, if not specifically, on religious grounds. Many of these folks are spiritual descendants of the same people who fled England back in the 1600s to escape religious oppression. The jingles often heard from this crowd are that life is sacred and that a baby is a gift from the deity they profess to believe in.

Most of us learned somewhere between grades one and twelve that pregnancy is the natural consequence of a biological imperative, the hardwired urge to be fruitful and multiply shared by all creatures from COVID virus to blue whale. In that context, if a baby is a gift from god, then so is a tadpole in a mud puddle, a calf on a farm, a hatchling in a stream, a maggot in a mass of decaying road kill.

Under this quasi-religious cover, we can agree to stipulate that the life of a fetus or a newborn is sacred. Obviously at some point, many lives lose their sacredness. When does that happen? Is a life devalued by religious or ideological differences? By bad judgment? Bad luck? On what tenet of faith does a life become garbage? Because lives often do become unsacred and disposable in the eyes of some who profess love and forgiveness, and it would be good to have some clarity on what and why the boundaries are.

Let’s further stipulate that conception and childbirth are sacred. It follows, therefore, that the hardwired urge to be fruitful and multiply is equally sacred. But not always. To some, it’s not sacred when it’s performed by two people who haven’t endured an elaborate ritual in the name of a deity presided over by clergy, or at least some pro forma terms and conditions mumbled by a justice of the peace or a notary or a fishing boat captain. It’s not sacred between members of the same gender, either. Or between members of different ethnicities. Or alone. And so forth. The point is, there are rules, and if you don’t follow the rules, even the sacred, holy act that god intended to result in pregnancy is a crime because...well…because we’re a Christian nation (we’re not), and god hates indiscriminate sex (the bible is full of sex).

Moving on, let’s also stipulate that sometimes a pregnancy is welcome and sometimes it’s not, but it’s always life changing. In the case of an unwelcome pregnancy, that life change is often negative and debilitating and can put the life of the mother in an irreversible decline. But that’s how it goes sometimes. Rules are rules.

In the probable future when Roe v Wade is invalidated, a child could be born, a miraculous, precious gift from god, yada-yada. She gets older and becomes pregnant. Maybe it’s an indiscretion, an act of bad judgment, a bad roll of the dice, maybe it’s rape, it doesn’t matter. At this point, her life is devalued and is under the control of the state insofar as her pregnancy is concerned because that’s what the law says. It’s no different from going to jail for drunken driving or paying a fine for filing your taxes late. When you break the rules, there’s a price to be paid. She’s lucky, when you think about it. In some countries, they’re allowed to do horrible things to women who break the rules.

So, in summary, when Roe v Wade is overturned, it will be through the patient machinations of an ostensibly religious minority exercising its will over the majority of Americans, but a large enough minority that many candidates wouldn’t want to sacrifice votes by crossing them. The end result is that in many locales, women will be forced to carry a pregnancy to term against their will, because actions have consequences, and this is the same theory of jurisprudence that allows women to be mutilated or murdered for legal transgressions in other parts of the world.

Now let’s get back to the constitution. The framers were clearly onto something when they called for the separation of church and state to preclude religious tyranny and minority rule. And maybe Justice Blackmun, when he wrote the majority opinion in Roe, made a logical error when he tied the self- governance of a pregnancy to the right to privacy established in Griswold v Connecticut. The bottom line is that a concept regarded as a right for the last half century will have been stripped away, a right no less fundamental than the right to bear arms or the right to vote.

The isn’t the first time the laws needed to be fixed, or the constitution, for that matter. It will take people with a different set of skills than most who read this piece or its author to affect that fix, and we need to bring them into the process. In the meantime, we have the will, we have the strength, and we have the voice to send a loud and clear signal that we will not allow a minority’s idea of morality to be legislated and we will not allow rights to be removed. We can’t let our daughters and granddaughters down. We cannot compromise or relent.

May 11, 2022 at 03:09 pm by Viking2000
You lost all Americans here. "But let’s put the constitution aside for a moment.". This country just isn't working out for you. Pick another.
Report
May 12, 2022 at 03:53 am by ttm1205
The pro abortion arguments are scientifically and philosophically being dismantled almost every day. The argument that abortion ends a human life is not a religious one, it is a scientific fact. The only difference between the babies in the nursery or neonatal units at the hospital is the the side of the birth canal the are on. For the pro abortionist it is perfectly ok to rip these babies apart limb by limb, or to suck their brains out and pull their dead bodies out, or terminate with other various means as long as the have not passed through that canal. No amount of rights, or inconvenience or youthful tragedy justifies doing this to another human being. It is discussing to think one could rip all these babies apart just because it’s your right. Scientifically that baby is not part of the mothers body. It has separate DNA. It can have a different blood type. In short time it has its own heartbeat. It is understandable abortion supporters want to make this about religion. It gives a convenient easy cover for such a heinous and disgusting practice. Even the argument about the life of the mother is smoke and mirrors, as in the modern world it is virtually non existent. Certainly there are horrific atrocities that end up with a pregnant victim. But one horrific situation does not justify the death of a human being. Society has the means to make these situations into heroic stories of life out of evil. But then again, evil is only a construct of religion if the pro abortion crowds logic is applied. No “your right’ does not override science. it does not override human decency. which anyone who can walk into those hospital nurseries and say, “yes we could have ripped you apart little babies… for my rights” …hast lost.
Report
Login or Register to post a comment 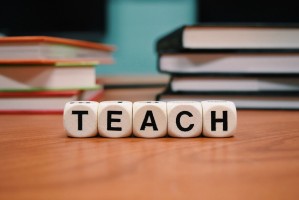 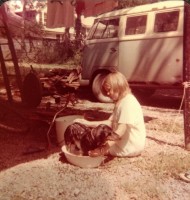 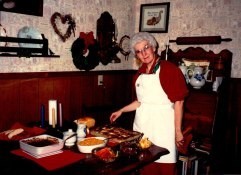 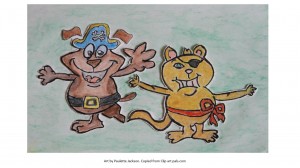 Misfits and Pirates: Made for Each Other