A Christmas Carol: by the Ghosts of Redemption 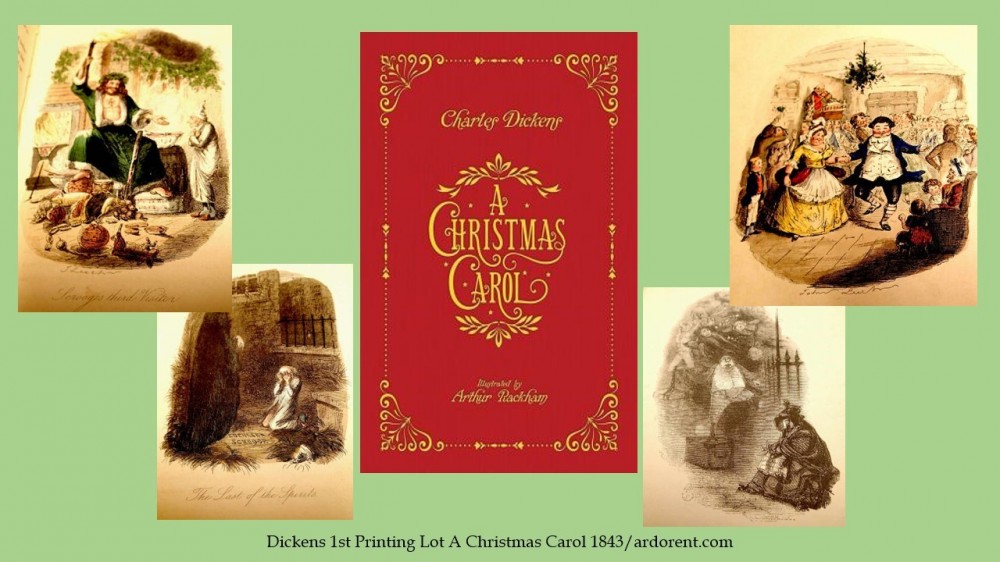 Many of us are familiar with, The Christmas Carol, a timeless and endearing story by Charles Dickens. But one thing we may not be aware of, are the prominent themes of the book, like loss and renewal – themes that were born out of Dickens own childhood.

Charles Dickens was born, February 7, 1812, in Portsmouth, Hampshire, England. In1824, at the age of 12, we understand that his family fell into financial hardship. Sadly, Charles’s father, John Dickens, who was employed as a minor official or what we would now call, a civil servant in the Navy’s pay office, was prone to excessive spending, as was his wife, putting their finances in dire straits.

As a result, John Dickens was sent to Marshalsea debtor’s prison in London. And Charles, who had been earlier removed from school, which he loved, was then sent to work in Warren’s Boot Blacking Factory – a plant considered a “sink of filth,” where he and other boys worked in unhealthy and unhappy conditions.

While we understand, the families of prisoners at the Marshalsea were allowed to come and go, the prisoners could not leave to work in order to have their freedom returned. It was only the convenient death of a wealthy relative that offered hope.

The Dickens family moved in with the father, except for Charles who, lived alone in a furnished room. He was only able to see his family, after work and at breakfast.

His trek to work every day was long, passing through neighborhoods where he felt threatened; like the threat of abandonment by his parents, the threat of what he had become – the boy who had lived with books but recently was forced to pawn them. And finally, he felt powerless … an unwanted cast-off. He felt himself to be a small, shamed person in a huge, noisy, cruel and stinking city. And he never forgot that feeling.

As a grown man, not even then could Charles pass Warren’s Blacking without weeping at the smell. He never told his wife or his children of the exile that lasted two to three months. The only reason we know of the experience is because he wrote an autobiographical fragment to a friend and his first biographer, John Forster, and used it in the autobiography of, David Copperfield.

“I was not beaten, or starved, but the wrong that was done to me had no intervals of relenting, and was done in a systematic, passionless manner. Day after day, week after week, month after month, I was coldly neglected. I wonder sometimes when I think of it, what they would have done if I had been taken with an illness; whether I should have lain down in my lonely room, and languished through it in my usual solitary way, or whether anybody would have helped me out.”

And from his history, we understand he memorialized the sense of being small and terrified, by holding it to his breast, all of his life, and began to develop a talent for … “seeing double”. He learned the ability to simultaneously portray the adult’s view of the world and the child’s view – particularly a child’s feeling of insecurity, nightmares and terror, as well as being small, in a dangerous and large world.

Dickens considered children as people in their own right, and not miniature adults. And he continued all of his life to rally, to the small and wronged. And it was at Christmastime that he was strongest in generously defending the children.

As we understand, the books he wrote that came most generously from his heart, were his Christmas books. These stories were meant to cheer the reader, attack the wrong and bolster the right, while also making a handsome profit.

And one of the most renowned and beloved pieces, is one we know as, A Christmas Carol. It is a story familiar to most of us, where we learn of the spiritual interventions to a man, Ebenezer Scrooge, who was known as someone to be … feared and avoided.

“Oh! But he was a tight‐fisted hand at the grindstone, Scrooge! A squeezing, wrenching, grasping, scraping, clutching, covetous old sinner! Hard and sharp as flint, from which no steel had ever struck out generous fire; secret, and self‐contained, and solitary as an oyster. The cold within him froze his old features, nipped his pointed nose, shriveled his cheek, stiffened his gait; made his eyes red, his thin lips blue; and his grating voice spoke out shrewdly. And he wore a frosty rime was on his head, on his eyebrows, and on his wiry chin. He carried his own low temperature always about with him; he iced his office in the dog days; and didn’t thaw it one degree at Christmas. External heat and cold had little influence on Scrooge. No warmth could warm, no wintry weather could chill him. No wind that blew was bitterer than he, no falling snow was more intent upon its purpose, no pelting rain less open to entreaty. Foul weather didn’t know where to have him. The heaviest rain, snow, hail, and sleet could boast of the advantage over him in only one respect; they often came down handsomely, and Scrooge never did.”

A Christmas Carol is a timeless piece of literature, bringing redemption, not only to Charles Dickens life, but also to his many readers.

Merry Christmas to all, and to all … as we celebrate the season of remembrance and renewal, humbly worshipping the precious gift of the baby born in a manger in Bethlehem, who would be the redeemer for all of mankind.

The introduction above for A Christmas Carol, is by Frederick Busch 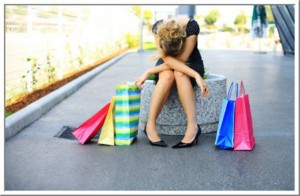 Tired of Shopping? Take in a show. 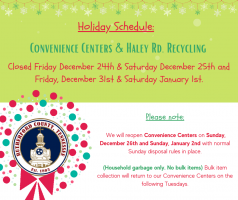 What holiday items can be recycled? 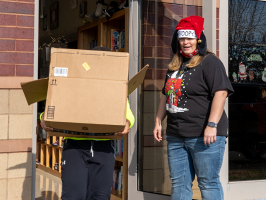 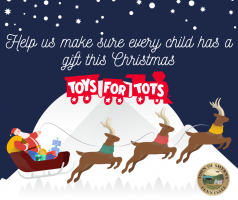