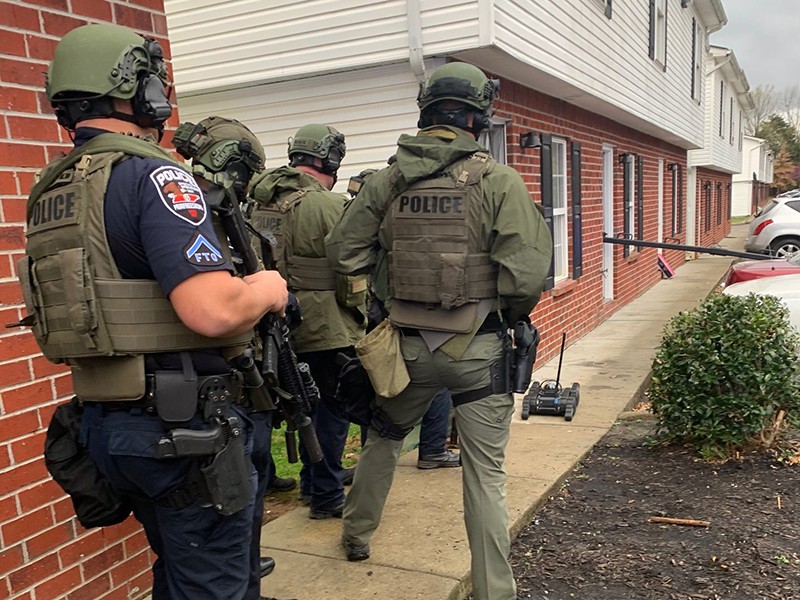 The Murfreesboro Police Department (MPD) Special Operations Unit (SOU) used a robot and drone in aiding and apprehending a wanted man found hiding in the attic of a home, a police captain said.

Shelton Hall, 37, of Murfreesboro, was held up for more than an hour inside a home at the Center Point Townhomes, 1329 Old Lascassas Road, before being arrested Thursday, March 18 around 7:04 p.m., said Captain Cary Gensemer.

A Community Oriented Policing Services (C.O.P.S.) officer spotted Hall looking out of the door of the home around 3:53 p.m., but he refused to come out.

The SOU was activated, and personnel deployed a robot and drone with cameras and located Hall hiding underneath insulation in the attic of the townhome (Below). He was taken into custody. 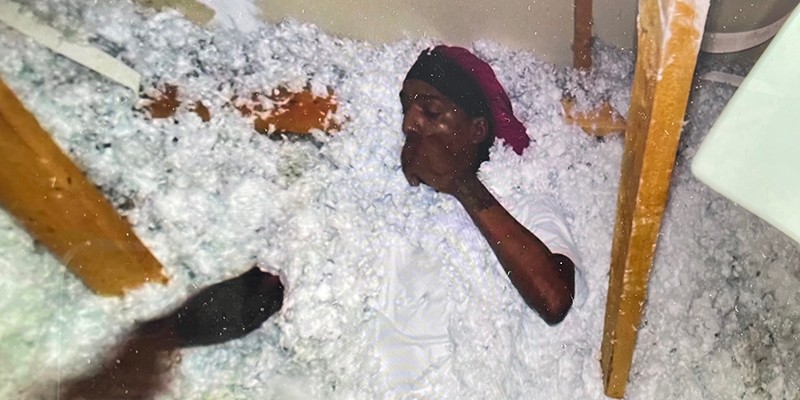 Gensemer said the unmanned vehicle technology provides a level of safety to responding officers that wouldn’t otherwise be there.

“That technology allows us to search and observe potentially dangerous suspects with equipment rather than officers, which keeps officers out of harm’s way,” said Gensemer. “It also protects suspects and reduces the chances of an armed encounter.”

Hall was wanted for violation of parole and failure to appear. 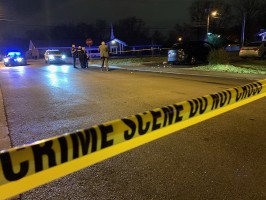 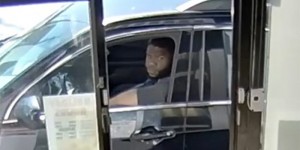 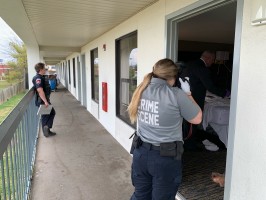 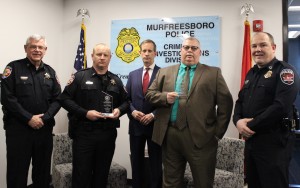