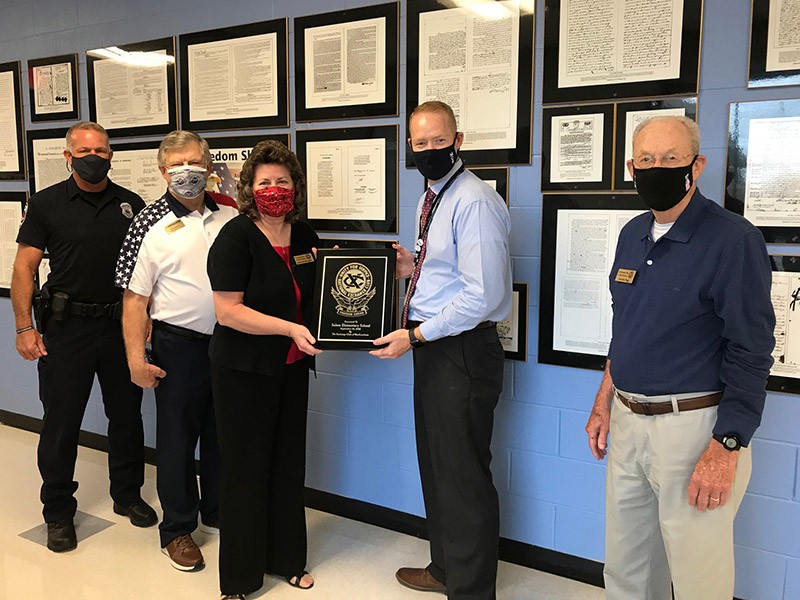 The Freedom Shrine is an impressive, permanently mounted collection of 30 of the most important and historic American documents, including the Declaration of Independence, Martin Luther King's “I Have a Dream”, the Constitution of the United States and the Gettysburg Address.

They show our nation's youth the strength and courage of their forefathers by allowing them to read, with their own eyes, the immortal words of inspired Americans who so decisively changed the course of history. It puts before young Americans proof that the freedom and greatness we enjoy today were not purchased easily and reminds them that these gifts must be cherished and protected.

Painstakingly researched to guarantee absolute authenticity, the 28 historical American documents that comprise the Shrine were carefully chosen to exemplify the beginnings of our nation and those subsequent turning points of importance which shaped our national character and eminence.

The documents of the Freedom Shrine, although culled from the past, represent foundation stones which permit the present, as we know it, to exist and the future, as we dream it, to be attainable.

Thousands of Freedom Shrines have been dedicated throughout the United States and Puerto Rico in universities, libraries, schools, state capitals, city halls, airports, and at American outposts scattered throughout the world. 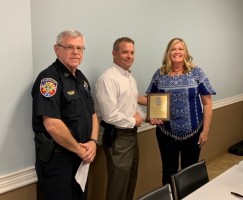 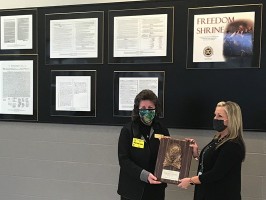