There were a few interesting developments in the Aug. 6 State and Federal Primary. Top most is there will be a new face on the Murfreesboro City Council.

Looks like Eddie Smotherman's stunt with the mask (and the fact that his own sister campaigned against him) had dire consequences for his future on the Murfreesboro City Council.

I wouldn't call this an upset win. Smotherman has become increasingly unpopular over the past year.

Smotherman will be replaced by real estate agent Shawn Wright.

"Thank you for your support! Now its time to get to work for the people of Murfreesboro," Wright said Friday morning.

While Wright is a nice guy with deep roots (and is definitely better than Smotherman), does the City Council really need another person with land development interested?

Wright was joined by Bill Shacklett and Kirt Wade, who both handily won their bids to stay on the body.

My only comment here is that Terry Hodge seems to be the only incumbent on the Rutherford County School Board to feel the wrath of angry voters from the board's missteps in reopening during the pandemic.

He fell to Claire Maxwell, who was rumored to be in cohoots with Patrick Doughtie and Lisa Moore in getting more conservative voices on the board. It's not known if this is true, as none of the three would ever comment on it.

I just we'll see if Maxwell and Moore will work together when the new board is sworn in.

Despite Dr. Manny Sethi winning Rutherford County 49.5% to Bill Hagerty's 41.8%, Hagerty pulled out a win to become the GOP's nominee for Lamar Alexander's seat in the Senate.

The win was lauded by President Donald Trump, according to the Associated Press.

"He's a Trump conservative. He's a friend of mine. He's a great guy," Trump told the AP. "Tennessee is one of my favorite places. I really appreciate all of your support."

On the Blue side, we had another upset. Both well-funded and party-backed, James Mackler came in a distant third, garnering only 23.77% of the vote.

Marquita Bradshaw came out on top with only 35.51%. Bradshaw, who hails from Memphis, only raised $8,420, while Mackler claimed $2.1 million, according to their most recent FEC filings.

Could this be a sign that the progress arm of the Tennessee Democratic Party isn't on board with the current leadership?

"The progressive movement is undeniable. Thank you all so much for your support and this victory. It's time to put hardworking people first," Bradshaw tweeted after the race was called by the AP.

Not that it matters who won this race. Tennessee is still solidly red, which can be seen in the 651,926 votes cast in the Republican Primary compared to the 330,295 on the Democratic side. That said, Hagerty is the likely winner in the general. 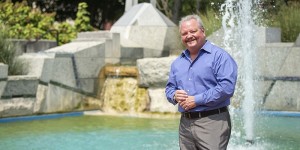