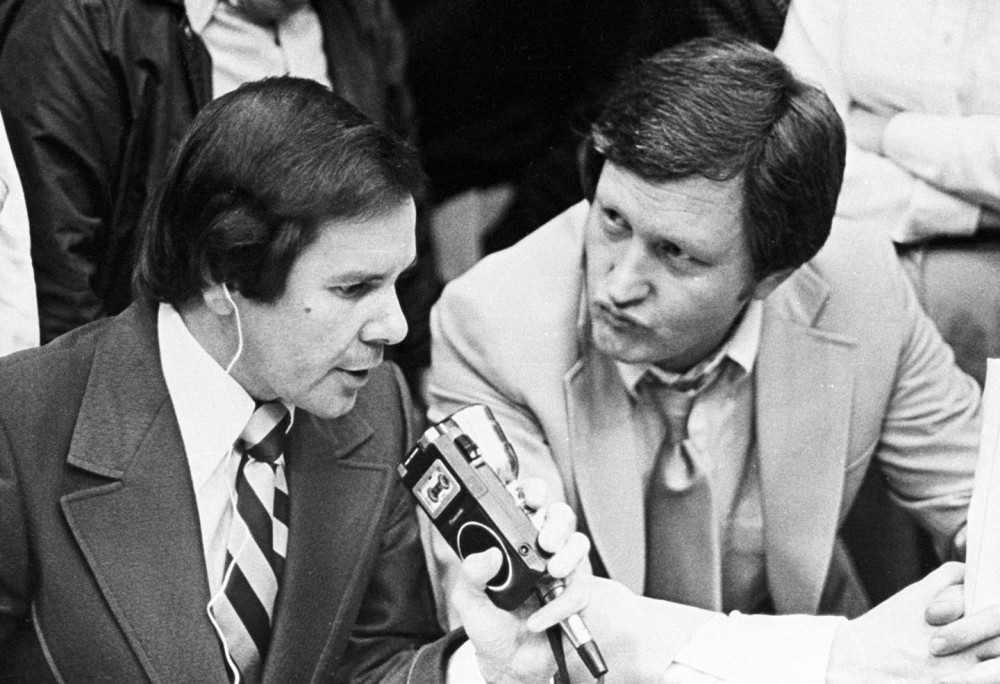 Middle Tennessee will rename the arena inside Murphy Center on Feb. 15 to honor former men's basketball head coach and Director of Athletics Jimmy Earle. The new name will be the Monte Hale/Jimmy Earle Arena, and it will officially be unveiled during a halftime ceremony of the upcoming UAB game.

The UAB game is also the annual Legends Basketball event and numerous former players will be in attendance.

"Adding Jimmy Earle's name to Monte Hale Arena is a fitting tribute to one of Middle Tennessee's most well-known coaches and administrators," said Director of Athletics Chris Massaro. "Forming this combination between Coach Earle and Monte Hale in the arena makes sense due to the great professional and personal relationship they shared as coach and play-by-play man."

For 10 years as head coach of the Blue Raiders, Earle compiled a 164-103 record, had eight winning seasons, two OVC championships, and led MT to its first two NCAA Tournament appearances. He was a two-time Coach of the Year winner (1975 and 1977).

Coach Earle's achievements are notable, including being honored as a Distinguished Alumni by the university in 1979 and being enshrined into the Blue Raider Sports Hall of Fame in 1980. Not only was Earle one of the University's most successful men's basketball coaches, but the 1958 graduate also coached baseball, men's golf and served as athletic director for his alma mater from 1981 to 1987.

During his tenure as AD, Middle Tennessee received its first bid to the men's National Invitation Tournament while also receiving the Ohio Valley Conference's first at-large bid to the men's NCAA Tournament in 1987. Earle also hired alumnus Dale Short to transform the MTSU tennis program. Short quickly turned Middle Tennessee's tennis program into one of the most dominant in the OVC and, later, the Sun Belt Conference.

"I'm really excited for Coach Earle," said Monte Hale Jr. "He put MTSU basketball on the map and delivered the university its first OVC championship. He made basketball fun in Murfreesboro, and going to MTSU games was 'the' thing to do in our community. The crowds were unbelievable.

"Coach Earle and my father were the best of friends, but they were also like brothers as neither had one. I know my late father would be honored to share this moment with Coach Earle, and I think it's only fitting that the arena will be named in honor of both."