One of the most interesting things about criminal law in Tennessee is the strict rules our state has against rape and sexual assault.

For example, inserting anything into anywhere on anyone without consent or by force is rape. Period.

Touching anyone in a sexual manner with anything without consent is sexual battery. Period.

And that consent can be revoked at anytime.

That means, in Tennessee at least, no really does mean no.

I learned these laws when I covered the rape trial of Ahmon Watkins and Peter Dodson IV back in 2016.

Watkins and Dodson were accused and subsequently convicted of raping a woman because she revoked her consent during the sex act. As a woman, I was pleasantly surprised by the convictions. (As a reporter, I had no opinion.)

I was just plain surprised when the rape convictions were overturned and a new trial ordered by the Tennessee Criminal Court of Appeals in an opinion filed earlier this year.

The opinion came after the attorneys for the defendants, Thomas S. Santel Jr. for Watkins and Patrick T. McNally for Dodson, argued that 11 different errors were made during the trial presided over by Rutherford County Judge David Bragg.

The Appellate Court agreed that the cumulative effect of four of the errors was egregious enough to warrant a new trial for the men. The errors were improper prosecutorial argument, an improper comment by the trial court during jury selection about the prevalence of the type of rape in the community, preliminary jury instructions given before jury selection was complete, and the failure by the trial court to properly respond to a request for information by the jury during deliberations.

"We concluded that in isolation, each of these errors was harmless. However, when considered together within the context of the entire proceeding, we conclude that the errors affect the reliability of the convictions and denied the defendants a fair trial," the court said in an opinion authored by Justice Robert W. Wedemeyer.

As a result, Watkins and Dodson's convictions were reversed and a new trial was ordered.

But that doesn't mean they will be given one. The next step in the process sends the case to the Tennessee Supreme Court. If those justices agree, then the men will be given a new trial.

I'm not opposed to a new trial if the Appeals Court deems one is needed. Everyone deserves a fair trial.

But I feel for the victim. The facts of the case were undisputed. But because of procedural errors, she has to relive the events of the night again for a jury to decide whether the men deserve to spend a couple decades in jail.

If you want to know what happened, the facts are below.

Watkins and Dodson were convicted in October 2016 after a four-day trial, during which the victim accused the men of sexually assaulting her after she revoked her consent to the sexual acts.

In her closing argument, Assistant District Attorney Sarah Davis called it "a classic case of no means no."

She also testified that when she fought back Watkins punched her face so forcefully that it caused her nose to bleed.

After the assault, Watkins drove her back to the bar where she asked the bartender to call the police, and she immediately reported the rape. A sexual assault exam performed within a few hours of the incident showed injuries consistent with the victim's testimony. DNA from both men were found on the victim. 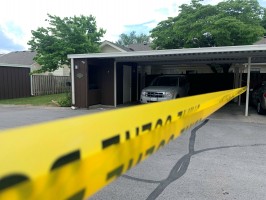 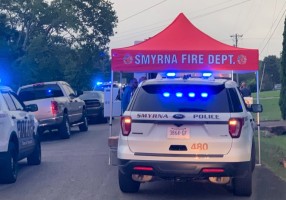