MTSU lives up to 'student-athlete' with high graduation rate 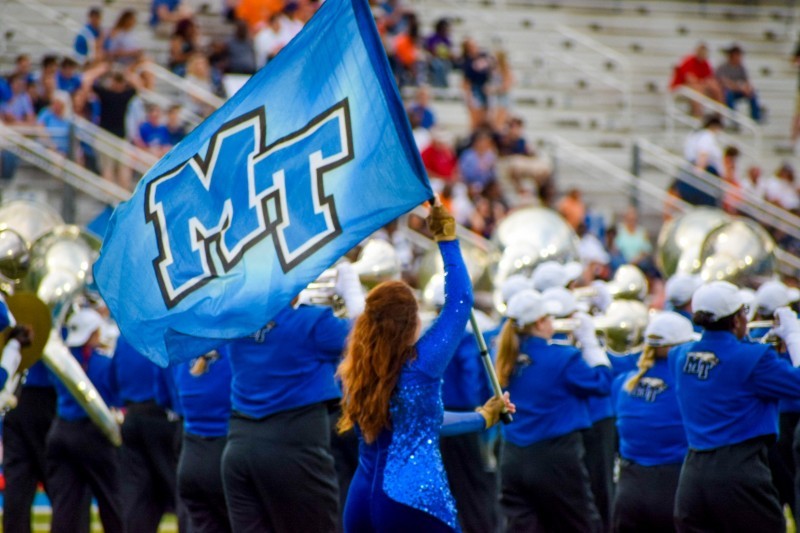 The Blue Raiders also ranked second out of the 14 teams in Conference USA, trailing only Rice who scored 94. MT and Rice were the only schools to top the 90 percent mark.

The Blue Raiders' score of 95 percent in football ranked tied for third nationally (Northwestern, Duke, MT, Vanderbilt) and easily led the way in Conference USA as Rice was second at 87 percent. Among all FBS schools in the state of Tennessee, the Blue Raiders matched Vanderbilt for the best mark as Memphis recorded an 82 and Tennessee had a 74.

"I can't say enough about the dedication, hard work and commitment shown by our student-athletes in everything they do on and off the playing field," said Director of Athletics Chris Massaro. "Our coaches have built a culture on graduating student-athletes and winning championships, and we are very proud of that. Our academic success can also be credited to the team we have in place from President McPhee to Vice President Deb Sells, Faculty Representative Terry Whiteside, and Todd Wyant, the director of our student-athlete enhancement center."