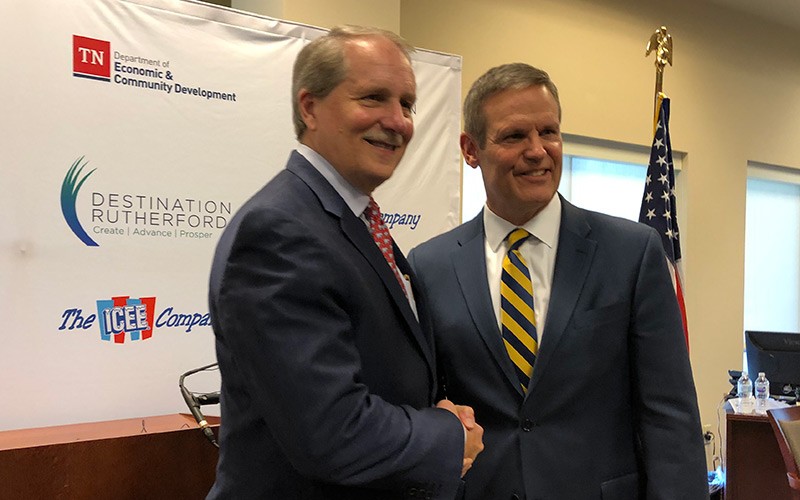 It sure looks like Rutherford County's mayor has stepped in something that he just can't seem to rid himself of.

It doesn't help that what's stuck to him is his daughter. But then we can't pick our family.

It doesn't matter to me if he left his daughter (of questionable judgement) in charge. It's his name on the door, his name that built the business, and his name as president and owner.

That means the buck stops with him.

In early July, it came to light that Ketron's daughter Kelsey had allegedly fraudulently accepted payment for a homeowner's insurance policy, without obtaining the policy. And at a time when she did not possess a valid license to do so.

It should also be noted that Kelsey Ketron is the representative of Tennessee Republican Party State Executive Committee for District 13.

On May 29, the Tennessee Commission of Commerce and Insurance sent Kelsey Ketron a cease and desist ordering her to stop selling insurance and said she "lied to the consumer about the existence of the homeowners insurance policy."

A license revocation hearing on the matter was rescheduled and there is a civil lawsuit is pending in Rutherford County Circuit Court about this complaint.

Then just two days ago Universal International Insurance settled a breach of contract lawsuit filed by Martin Construction and Restoration Co. The suit claimed the construction company lost business because Kelsey Ketron failed to renew its liability and pollution insurance.

Then another client came forward with a similar story.

And the Tennessee Attorney General Office warned the mayor he faces a possible lawsuit for failing to pay $60,000 in civil penalties for campaign finance violations. He was fined six times for $10,000 each for failing to file campaign finance records for the 2018 election season. Of the penalties, five are against Ketron's QUEST PAC, and one is against his Senate campaign.

Guess who his campaign treasurer was?

Just when I thought that was the last straw and Commissioner Robert Stevens called for an examination of the mayor's misdeeds, MPD goes and raids his business office.

I am also reminded of the last time a county official's home and office were raided. The resulting investigation took years but it resulted in jail time for former Sheriff Robert Arnold and his deputy chief Joe Russell. It also cost the county a significant amount of pride.

Now we have our county mayor involved in less than scrupulous behavior. I wonder if he will end up writing President Donald Trump to ask for a pardon?

Jul 17, 2019 at 07:36 pm by Tess2019
This is a very sad story. A story about a Father who wanted to help his daughter become something. Makes me think of my own Father and how children always want their approval, and how much children depend on that approval for a balanced ego. This story just breaks my heart because both have failed each other. Parents always hope their children will want to take over the family business. That they'll have pride in what they accomplished. As they say, "Pride goeth before a fall." The Mayor played fast and loose with his business, and I believe this is reflective of how he handles county business. Not that he's any different from Burgess. Robert Stevens needs to pay as much attention to county business over all, and not wait for the police to serve a warrant. The alarm has been sounding over worse fiduciary failures at the county attorney's office, for 10 years and he's had ample opportunity to apply the same scrutiny to them. If he wants the spotlight, he shouldn't try to squeeze in between the Mayor and his daughter. He should do something really big, like fire the county attorney. Lots of fodder there.
Report
Login or Register to post a comment 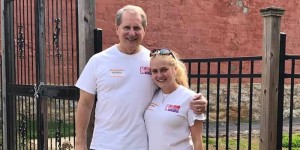