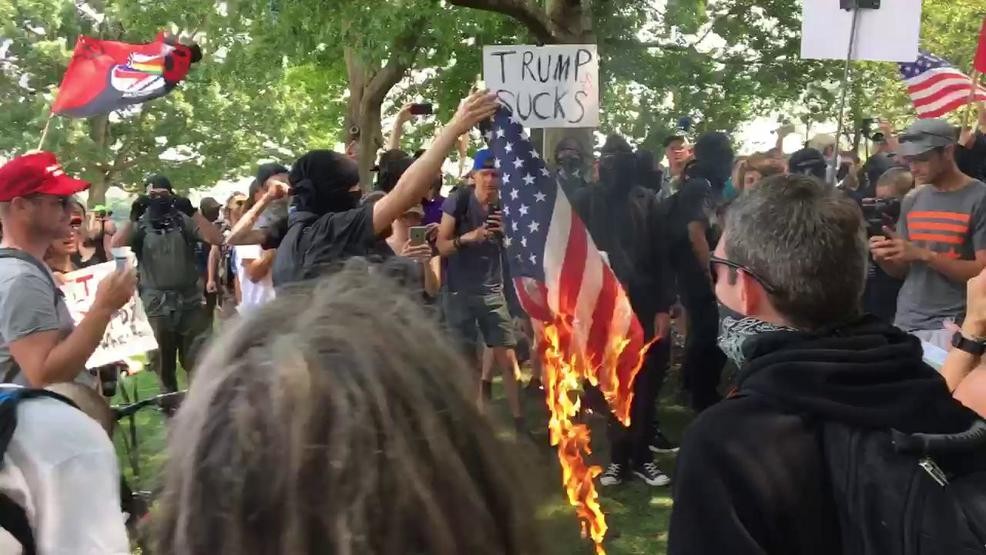 In the spirit of continuity, continuing the theme of my last column on the wisdom of Winston Churchill- he famously remarked, “Democracy is the worst form of government, except for all those others that have been tried.”

What makes democracy better than “those others” is that differences of opinion are settled through peaceful elections, a process of order agreed upon by all parties before the results are known. The spirit of compliance that makes this process of order possible is known as civility.

Civility is quickly disintegrating in the political process in this country, and I’m going to endeavor to give you the “who” and the “why.”

Last week we were treated to two frank acknowledgments by mainstream Democrats—not fringe leftists—that incivility and violence are perfectly acceptable as means of attaining political ends in America today.

At the same time, the last week has seen the same crowd getting miffed when people called out the anti-Kavanaugh "peaceful protesters" as mobs.

The reason why our liberal friends are so upset about the accusations of their mob action is the outrage of lifting the decent drapery of "peaceful protest" to reveal the nakedness of their power-lust and the fashionable revolutionary politics underneath.

Obama administration Attorney General Eric Holder justified violence against Republicans because “they have used the power that they have gotten for all the wrong things.”

Also, Hillary Clinton—the Democratic Party’s nominee for president two short years ago proclaimed, civility is due only to those who agree with “what you care about.”

Clinton added, “Civility can start” if Democrats “are fortunate enough to win back the House and or the Senate.” In other words, when she and her friends on the left get their way, they’ll play nice.

On Monday, within a week of the Clinton and Holder calls for harassment and violence, the home of Sen. Susan Collins in Bangor, Maine, received a letter that required local and federal law enforcement action. Her street was cordoned off, her home blocked off with yellow police tape, and an agent in a hazmat suit was photographed placing a letter in a protective bag.

Sending an apparently lethal envelope to the home of a senator because you don’t like how she voted would fall into the “uncivil” category of things, right Hillary?

Rep. Maxine Waters, D-CA., recently told supporters: “If you see anybody from that (Trump) Cabinet in a restaurant, in a department store, at a gasoline station, you get out and you create a crowd. You push back on them. Tell them they’re not welcome anymore, anywhere!”

Closer to home, Rep. Marsha Blackburn, Republican candidate for U.S. Senate, thanked the owner of a Mt. Juliet restaurant on Thursday for hosting a campaign event for her after the owner received death threats and insults for letting Blackburn rent an event room at his establishment.

"The radical Left is out of control, and their angry mob is right here in Tennessee," Blackburn tweeted alongside an article from local paper, The Wilson Post, describing the backlash restaurant owner Tom Courtney of Courtney’s Restaurant and Catering and his staff have received. Among other insults, the restaurant owner was accused of being a Nazi-which is now pretty standard leftist behavior.

Today we have the America of mob rule where harassing, bullying and threatening violence seeks to replace “law and order” and “justice for all.” The freedom to have your own ideas and thoughts is no longer tolerated.

The far-left Democrats have flipped so far off the deep end that they’ve made the conscious decision that it’s better to organize an aggressive mob culture than offer any thoughts, ideas or action plans of how they would change things they don’t like in this country.

The Democrats are rolling the dice that people like bullying after all, and that’ll be enough to energize them on Election Day.

Democrats now are determined to stop and silence anyone who’s in their way. Instead of coming up with big ideas they now pride themselves on producing big demonstrations and other tactics that disrupt the business of Congress and the lives of Republican lawmakers and Trump administration officials.

Just for entertainment value, maybe we can return to the days of legislator-on-legislator violence in Congress. Specifically, the caning of Sen. Charles Sumner (R-MA), an abolitionist who was beaten with a walking cane by Rep. Preston Brooks (D-SC), in retaliation for a speech given by Sumner two days earlier in which he fiercely criticized slaveholders, including Sen. Andrew Butler, Brooks’ uncle.

The beating nearly killed Sumner and it drew a sharply polarized response from the American public on the subject of the expansion of slavery into new states. This incident has been considered symbolic of the "breakdown of reasoned discourse” which preceded the Civil War.

I’m kidding about condoning this violence, of course.

I consider this incident just one small step in escalation from the ambush shooting of Rep. Steve Scalise by rabid leftist and Bernie Sanders supporter James Hodgkinson in June 2017.

The Virginia Attorney General concluded it was “fueled by rage against Republican legislators,” and “an act of terrorism.”

We’re in the fast lane now, barreling toward violence against anyone connected to President Trump-with an ends-justify-the-means rationale.