The 9/11 Stair Climb took place in Deason, Tennessee - 'We Will Never Forget' 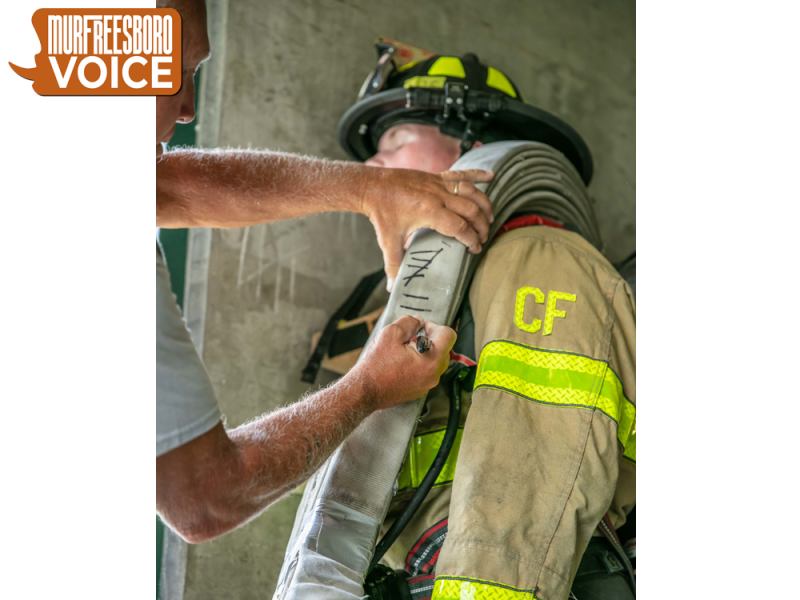 (Deason, TN) "WE WILL NEVER FORGET" was the unifying slogan born from September 11, 2001 when an attack on America started with two aircraft hitting the World Trade Center, along with another large commercial jet going into the Pentagon. A fourth commercial jet was also heading to DC, but was brought-down in the farmlands of Pennsylvania by American passenger's inside and never made it to our nation's capital.

To assure that "WE WILL NEVER FORGET", there have been memorial tributes honoring those who died on that day twenty-one years ago. Hopefully you had the chance to attended one of them.

The 22-02 Class at the Tennessee Fire Service and Codes Enforcement Academy, located off Highway 231 South between Murfreesboro and Shelbyville, completed a memorial climb to honor the firefighters climbing the interior steps of the World Trade Center's North Tower that fateful morning.

Cadets from this school were loaded with fire hose, oxygen tanks, and similar life-saving gear as that used in the Twin Towers. The Tennessee climb was more than 15-times up and down the training tower. That totaled 110-stories for each cadet, or 2,200 steps, symbolizing the 110th floor of the World Trade Center North.

This climb at the local Tennessee Fire Service and Codes Enforcement Academy is a reminder of the sacrifices that firefighters and all first responders must be prepared to make every day.

MORE ON THE CLIMB - The stair climb at the fire training tower in Deason, Tennessee equaled approximately 110-stories. Looking back to the attacks on September 11, 2001, New York Firefighters climbed 110-stories to reach the top floors of the World Trade Center - in order to save the lives of those stuck inside the skyscraper. The climb in Deason, TN at the fire training and codes academy paid tribute to the firefighters who made that 'last climb' in 2001.

The very first memorial stair climb took place on September 11, 2005 when five Colorado firefighters headed to a downtown Denver high-rise and began the grueling task of climbing the stairs to conquer 110-stories. The following year, twelve firefighters took the same symbolic climb. Shortly after the news of the climb spread, firefighters across the nation began to make the same trek, year-after-year. By 2008, more than 340-firefighters completed the climb. In 2010, the original Colorado Firefighters that started the memorial climb joined forces with the National Fallen Firefighters Foundation that would lead way to thousands of firefighters making the same journey, all in remembrance of the firefighters who lost their lives on 9-11. The climb became known as the 9/11 Memorial Stair Climb across the United States.