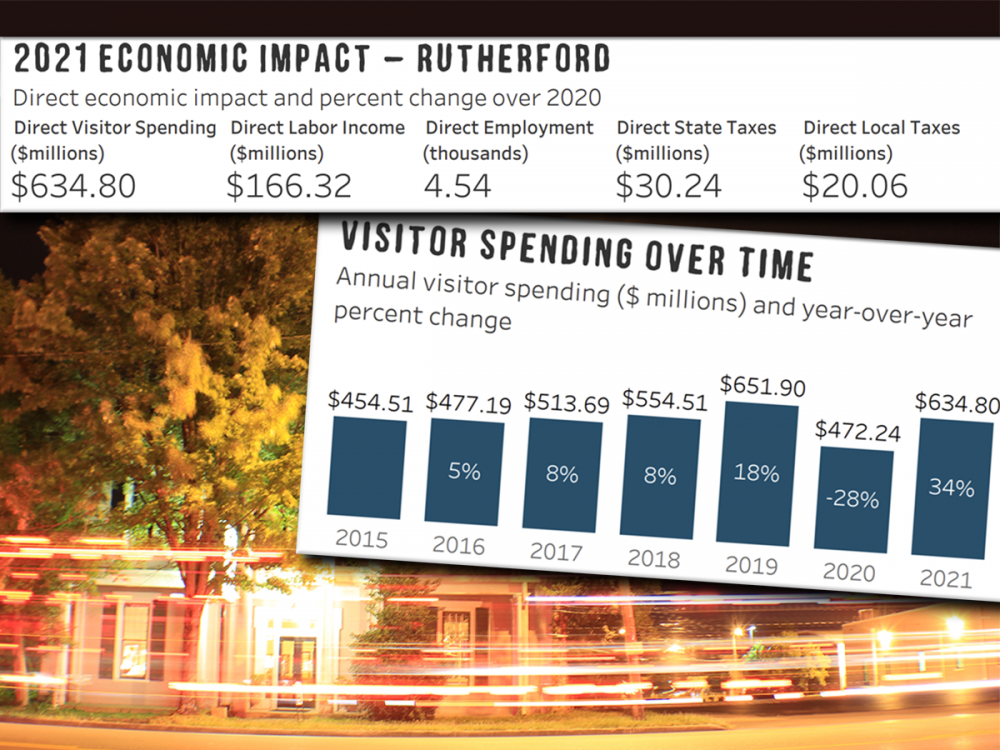 Numbers from the State of Tennessee

Tennessee tourism generated $24.2 billion in domestic and international travel spending in 2021, according to recently released economic impact data from U.S. Travel Association and Tourism Economics. It also marks the largest visitor spending nationally in Tennessee’s history. Travelers in Tennessee spend an estimated $66 million per day. Travel in Tennessee generated $1.9 billion in state and local tax revenue. Travel and tourism is also the third largest employer in the state.

Rutherford County had a major impact on tourism numbers in the Volunteer State last year. According to the state, the annual amount of money spent by visitors to Rutherford County increased by 34% between 2020 and 2021.

Overall, Rutherford County ranked at number 7 out of 95-counties in visitor spending last year, compared to 2020.

A total of $643-Million was spent by guests in Rutherford County in 2021, which is $162-million more than 2020. Of the money spent locally, 31% went to the food and beverage industry, 29% was spent on transportation, 20% was used for lodging, 11% was spent in local retail stores and the remaining 8% was used for recreation.

In 2021, tourists helped generate over $54,900 in taxes daily in Rutherford County, according to the state. As a result of taxes generated by tourists’ activity in Rutherford County last year, each household saved approximately $436 in state and local taxes. The food and beverage industry reaped the largest share of tourist revenue in Rutherford County between 2015 and 2021. Transportation came in second, followed by lodging. Local retailers have seen an average of $69.5-million annually over the past 6-years in Rutherford County.