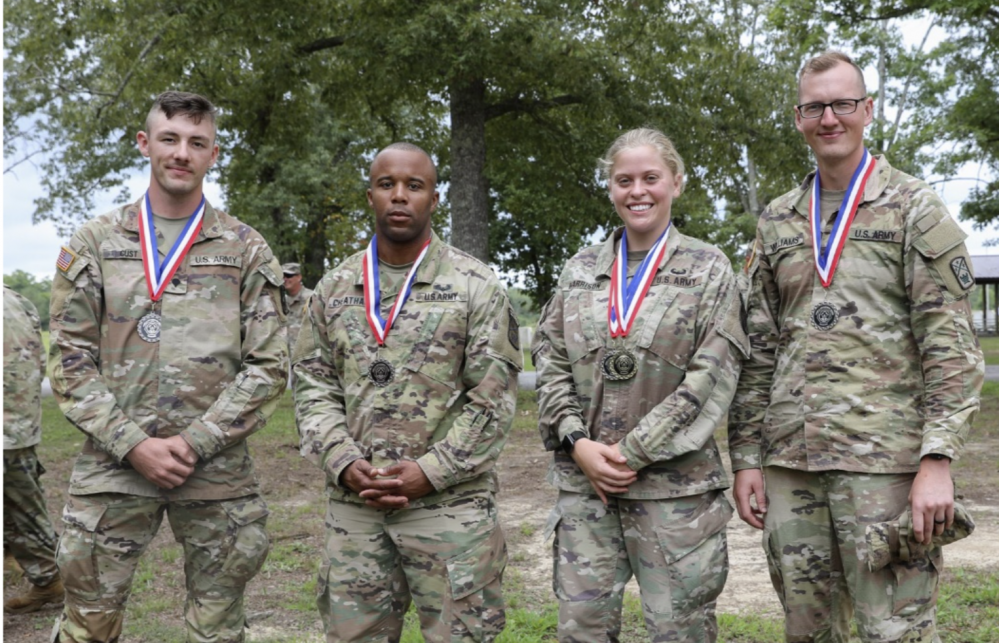 More than 75 members of the Tennessee National Guard competed Aug. 19-21 at the Adjutant General Match, a three-day marksmanship training event and shooting competition for Tennessee's Guardsmen. This weekend's match, which took place at Tullahoma's Volunteer Training Site, focused on handgun proficiency, while the rifle match took place in May.

2nd Lt. Sheridan Harrison, a Murfreesboro native, took home top honors in just her first time competing at the TAG Match. She has served in the Tennessee Army National Guard for six years and is currently a member of the 253rd Military Police Company, which is headquartered in Lenoir City.

"I didn't want to put a lot of pressure on myself," said Harrison. "There were so many awesome firers here this weekend, the best the state has to offer. I didn't think I was going to win but it was a great weekend."

The three-day event is designed to test Guardsmen's proficiency in basic and advanced marksmanship techniques. While there is a competition intertwined into the weekend, the real purpose is for competitors to learn new shooting techniques and bring those skills back to their units to help train their fellow Soldiers and Airmen, creating a more lethal fighting force.