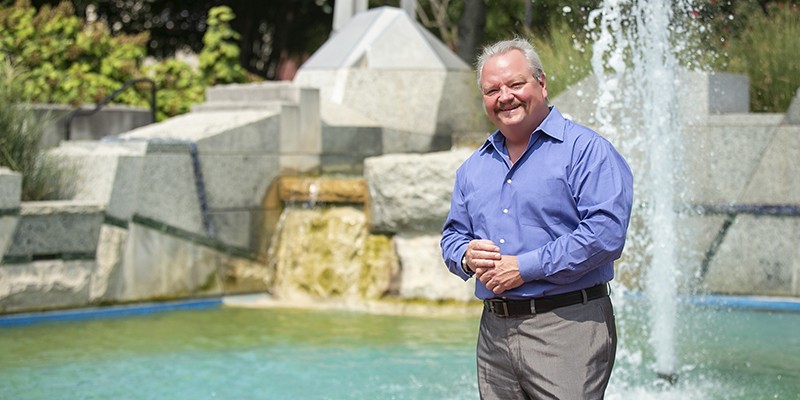 Murfreesboro Firefighter, seventh generation Middle Tennessean, and political outsider Tony Lehew recently announced that he will run for Mayor of Murfreesboro in 2022 to fight for lower taxes, improved transparency and accountability in government, and support Murfreesboro’s city employees.

Lehew understands that fiscal responsibility is the backbone of a successful local economy.

“The elderly and those on fixed incomes can’t afford a government that spends first and resorts to property taxes to pay the bill. Keeping taxes low will bring more jobs to Murfreesboro and ease the financial burden on Murfreesboro residents,” he said.

Lehew said he is committed to fighting for Murfreesboro’s city employees. “Our city school teachers, first responders, solid waste workers, and every city employee are the backbone of our city. I’ll always fight for our city workers and make sure they truly have a voice.”

Transparency and accountability are the foundation of a successful government. “We need to make city government as transparent and accountable as possible. I’ve talked with countless Murfreesboro residents who feel like their voices aren’t heard and worry that city leaders aren’t accountable to them. That is why it is important to truly examine implementing a full-time Mayor. Those making the important decisions for the people of Murfreesboro should be subject to the citizens’ voice at the ballot box. That is the foundation of our democracy,” Lehew stated.

Lehew started his career with the Murfreesboro Fire Department in 1986 and retired in early August as a captain. “Being able to serve the people of Murfreesboro over the last 35 years has been the honor of a lifetime. I will build a coalition of people who are passionate and knowledgeable about Murfreesboro who are committed to making Murfreesboro the best city to live in, work in, and raise a family in. I’m a public servant, not a politician. I’m running for mayor to serve the people I’ve spent the last 35 years protecting as a firefighter. Murfreesboro needs a political outsider and public servant to step up and advocate for them, I’m ready to answer that call.”

Lehew is a graduate of Riverdale High School and Volunteer State Community College. He is a certified fire instructor, fire inspector, firefighter, and EMT through the State of Tennessee. He has served as a liaison between the Murfreesboro Firefighters Union and the Rutherford County Chamber of Commerce. Lehew is also a published writer for a local magazine and a volunteer for Toys for Tots in Rutherford County, serving over 30,000 families in the last ten years.

To learn more about Tony Lehew and his campaign for Mayor of Murfreesboro, visit TonyLehewForMurfreesboro.com.

Sep 27, 2021 at 10:06 pm by BoroBoy1988
While I'd love to see McFarland ousted, this is just not the guy to do it. The article states Lehew understands "fiscal responsibility" yet, without raising taxes or cutting the city's few and inefficient services, how is he going to pay for increased benefits and/or salaries for city workers (assuming that is what he means by "fighting for workers" and he's not just making an empty political statement). Also, the whole force taxes as low as possible to attract businesses economic model leads to a plummet in the quality of life for the citizens who live in places where this is carried out. How are you going to fix our God awful roads with no tax revenue? This model is literally referred to as the race to the bottom doctrine. No thank you, Mr. Lehew. Like I said, I'd love to see McFarland out of office, but I want his replacement to have some basic economic knowledge.
Report
Login or Register to post a comment