Tennessee could receive its first shipment of COVID-19 vaccine in December, according to The Tennessee Journal.

The online publication that focuses on state politics spoke with Sen. Lamar Alexander, who said the vaccines could be distributed to 40,000 people in Tennessee as early as next month. Another 50,000 doses could follow in January.

At that rate, it would take more than 11 years to vaccinate Tennessee's population of 6.89 million (assuming everyone gets the two-shot vaccine, which I'm not willing to assume).

But there's an issue beyond the ultra-cold storage temperature with getting any of the two vaccines by Pfizer and Moderna distributed to anyone.

The main problem is issue the slowed Presidential Transition, said Alexander, the chairman of the Senate Health, Labor, Education, and Pensions Committee.

“You don’t want to lose a day or an hour getting those 40,000 doses to Tennesseans because the transition was sloppy,” Alexander told The Tennessee Journal.

And so far the transition has been very sloppy.

The article didn't state who would be in line for the first distribution. One thing I'm willing to assume is that front-line health care workers are likely to get vaccinated before you and me. I'll also assume that some of our politicians will cut in line to get the shots.

Nov 24, 2020 at 07:49 pm by Bororesident
You can take that vaccine by all means Michelle. My family is opting out. There’s aborted fetal cell cultures in every vaccine they force on the public. Horrific. And that’s before even talking about the rushed process. How do we have a vaccine when there’s still no consensus on the virus? Why do I want to take a 90% effective vaccine when my own immune system has a 99.9999% chance of doing the same job with no side effects from said vaccine. And if people think I’m crazy- google what happened to to a of kids everywhere because of the gardasil hpv vaccine. Teenagers, HEALTHY teenagers, having their entire lives ruined, because of fear. No thank you.
Report

Nov 25, 2020 at 04:55 pm by Michelle Willard
Just like getting the HPV vaccine because I don't want cancer, I'm going to get the COVID vaccine to avoid cardiac problems, lung issues, long-term memory loss and possibly losing my toes to COVID. If you'd rather chance the horrific side effects of even having a mild case of it, then feel free. Let me know how that works out for you.
Report
Nov 26, 2020 at 12:34 pm by Bororesident
Michelle, yes let’s take an unproven covid vaccine with unknown side effects that the cdc is on record saying will make you feel terrible. Enjoy that. As far as the hpv vaccine- by all means let’s take a shot with proven side effects instead of, oh you know- wearing a condom? Or abstaining? It seems to me that all these solutions come with more problems. Not to mention the hpv vaccine won’t last forever. So give it to an 11 year old! Much easier than having a conversation with your children about being safe. Oh and they’ll go on having unprotected sex because of their protection that’ll eventually wear off. Are you sure you’re a middle TN native? Because you sound an awful lot like a liberal in Cali or NYC. It’s really funny- I know what articles you’ve written on this site just from the headline. While the government had their boot on your neck make sure to ask if you can kiss it and clean it while it’s there.
Report
Login or Register to post a comment 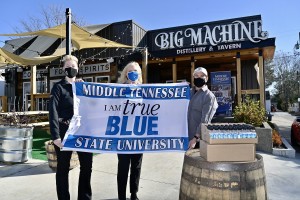 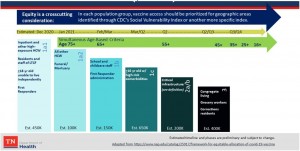 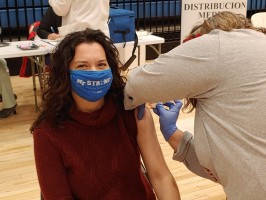 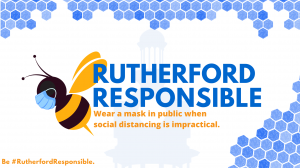