La Vergne police officers used force to detain one man who crashed a vehicle into a police squad car in the back parking lot at the La Vergne Police Department.

Several officers were in the parking lot around 7:30 p.m. when the collision occurred. The officers drew their weapons and ordered the driver out of the car.

When he didn't comply, one officer used a TASER to subdue the subject. He was then transported via ambulance to the hospital to be evaluated. No officers were injured during the incident.

All video and dashcam requests can be made through the Rutherford County District Attorney's office. 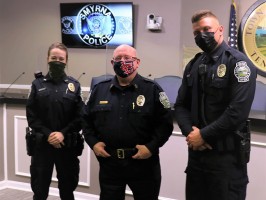