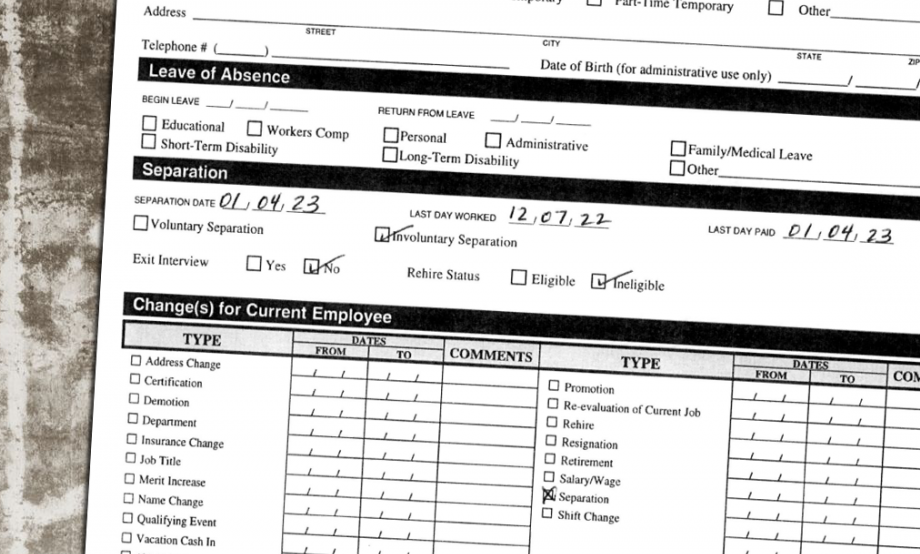 LaVergne Mayor Jason Cole said... "This situation is unacceptable and as soon as it was brought to our attention it was immediately investigated and action was taken upon the individuals involved. Our top priority moving forward will include rebuilding the public’s trust. I have full confidence in the police department’s leadership team and their ability to lead the department. We will be retraining all of our employees in the rules, regulations, and expectations set forth by city leadership."

(LaVergne, TN) - UPDATED: WGNS is continuing to follow news out of LaVergne about the termination of multiple officers. Some of the details that were investigated, prior to officers being terminated included sexual activity while on duty, sexual harassment, workplace violence, and intimidation focused on the intent of interfering with the investigation.

LaVergne Police Chief Burrel “Chip” Davis stated... "This is a difficult situation for our department and for the city, but I want to be clear that the actions of a few do not represent this department as a whole. This situation is being addressed internally with our staff, we are bringing in counselors to help our officers work through these circumstances, and we will continue to provide the most professional protection as possible for this community. We have sufficient staff to cover all of our patrol shifts and I have full confidence in our officer’s ability to protect and serve. We are working diligently to rebuild the trust of our citizens and our community. We understand this will take time and diligence from our command staff and officers to repair the honor and integrity of our department."

The investigation showed (some of the following – See full report):

The investigation began in December of 2022 and according to reports signed by the Human resources department, ended on January 4, 2023.