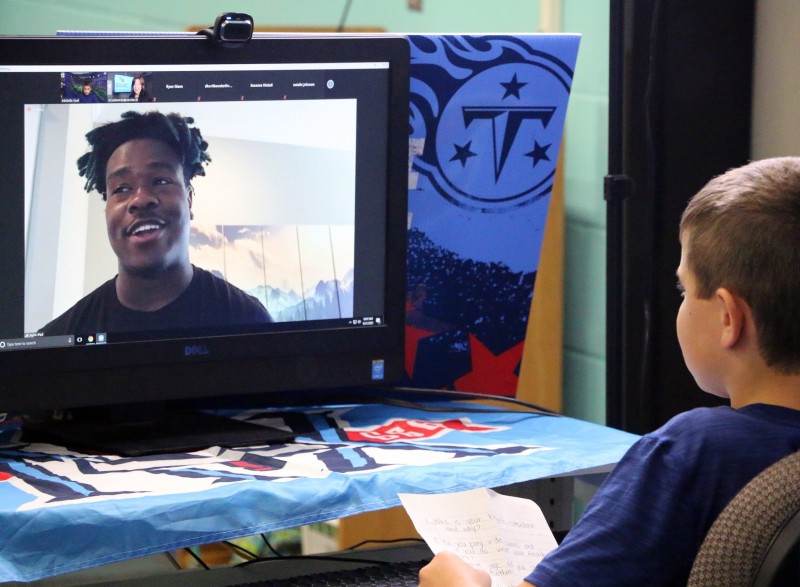 With the help of his mom, Dustin Payne, a fifth grader at Rockvale Elementary School, made a video explaining why he wanted to Take a Titan 2 School.

Last week, he and his principal, Dayna Nichols, found out that fourth-year linebacker Jayon Brown would be virtually joining Payne’s class Monday morning for a Q&A and discussion hosted by WKRN News 2 reporter Silvia Castaneda.

Brown answered a series of 10 questions thought of by Payne, who wanted to know about everything from what video games Brown plays to what he does for fun and whether or not he lives in a mansion.

Payne was also especially interested in cheese. He asked Brown, “Do you like cheese and if you do, what’s your favorite kind?” For the record, Brown is lactose intolerant and tries to avoid too much of it but does like nacho cheese.

Titans coach Mike Vrabel is such a supporter of the Take a Titan 2 School program between WKRN and the Titans organization that he personally offered to donate books to each of Payne’s classmates or the school library.

Payne chose for his classmates to receive books from The Hog Mollies series. 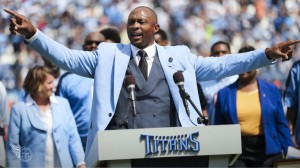 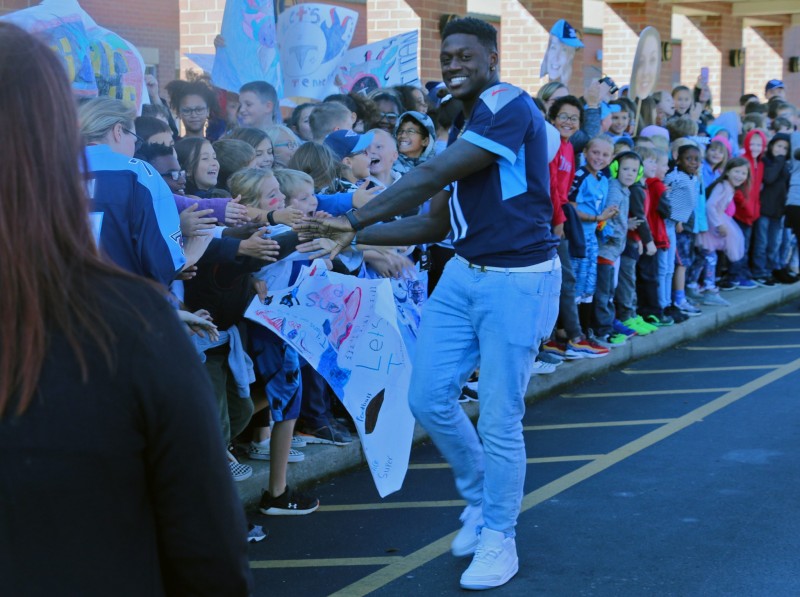 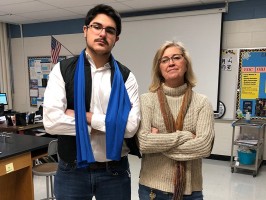 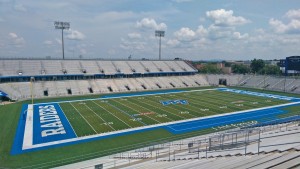