Declarations of Love for Valentine's Day

His name was Walter and he was fourteen years old. School was out for the summer, and his mother was driving him to Texas to live with his two great uncles. Retired soldiers of the French Foreign Legion, rumors were spread they had a large amount of money hidden on their old, run down ranch – which Walter's mother hoped to gain access to.

She informed Walter that she had enrolled in Court Reporting School for the summer, but she would be back to pick him up before school started. But Walter was familiar with his mother's deceit and irresponsibility. What she really wanted, was for Walter to find where the uncles hid their money, so she could steal it.

Dropped off at the uncles and their run-down ranch house, Walter stood on the steps in front of the house. It was the beginning of a new relationship, with the great-uncles, and a bond of love for the next twenty years.

The first thing Walter wanted to know, was the story of the uncles. Where they had been for so many years? And why do they sit on the front porch all day with their rifles across their laps, loaded and ready to fire?

Getting to know the uncles, Hub and Garth, as well as the animals on the ranch; the pig, and four dogs, was a new adventure. It got even more adventurous when the uncles decided to buy a second-hand lion. They said it was because they always wanted to hunt one.

But the second-hand lion they purchased was older than expected, and mostly enjoyed laying around in the shade. Since she seemed to be of no use, Walter asks if he could keep her as a pet. The uncles complied. They also let Walter know the lion was now his responsibility.

He named her Jasmine. Part of the responsibility of keeping Jasmine, was feeding her. So one of the first priorities, was to go the local feed store with Uncle Garth and Uncle Hub to buy ten fifty-pound bags of lion chow. Uncle Hub, was determined to load the heavy bags of lion chow into the truck by himself. After getting it all loaded, he fainted from what every one thought was a heart problem.

After being rushed to the hospital and evaluated, he was admitted and placed in a room where he was attached to several IV's and confined to his bed to sleep. However, Hub's sleep was a short nap, and when he awoke, he made no bones about refusing to stay in the hospital. He disconnected all the medical equipment to which he was attached, grabbed his clothes and left the hospital in his gown.

In the following scene, we see two, seventy-plus year old men, Hub and Garth, with their fourteen year old nephew, Walter, walking into an empty bar in rural Texas for a drink. Apparently, they have made a rest stop on their way home, after leaving the hospital. Sitting at the bar, Hub seems depressed, and says he feels useless. Garth tries to encourage him, but to no avail.

Within a few minutes, four rough and ready “greasers” barge into the tavern, seemingly looking for trouble. Hub addresses the young men directly, saying, “Show some respect!” In response, one of the young men, gets in Hub's face and demands, “Who are you, telling us what to do?'

And in the blink of an eye, this young man was suddenly pinned down on his back with Hub looking him in the face, telling him just who he is:

“You asked, “Who are you?” Pub McCann. I fought two World Wars and countless small ones on three continents. I led thousands of men into battle with everything from horses to artillery and tanks. I've seen the headwaters of the Nile and tribes of Nature no white man has ever seen before. I've won and lost a dozen fortunes and loved only one woman with the passion a flea like you could never begin to understand. That's who I am.”

Afterwards, a fight ensues, and the four young men are whipped by the veteran, and they actually become friends. The young men who needed a father figure come home with Hub, Garth and Walter to have supper – and the main course was the steak that Hub had put on the black eyes he gave them. Later, he gave them, the man talk.

I have watched this movie several times, and each time, I am taken by the declaration, professed by Hub; for love of a woman, commitment to duty, and honor for life – those things that he valued and was willing to fight for.

In our world today, the qualities of love, commitment, duty and honor, tend to be viewed through a lens of being unachievable ideals as well as irrelevant and therefor rarely pursued, in lieu of more expedient, tangible goals – often resembling personal accomplishment, status, identity or gain.

To love only one man or woman, to honor commitment, duty and life, are experiences which invite us to engage life with the passion of our heart, soul, body, spirit and mind. And perhaps, it is in accepting that invitation, that we realize our passion of life, and who we are.

In the Hebrew language, the word yadah means “known”. One meaning of the word is “to know by instruction or experience.” Like the children of Israel, who witnessed the events of their exodus from Egypt, it was through their experience they came to know and understand the meaning of Jehovah's name, as well as their own identity. And I believe, we are no different.

Following through on declarations to love, is not easy, we know. But submitting to the work of love can allow us the experience of knowing our own true selves, and like Pub McCann, passionately state; “That's who I am.”

“Oh, the comfort, the inexpressible comfort of feeling safe with a person; having neither to weigh thoughts nor measure words, but to pour them all out, just as they are, chaff and grain together, knowing that a faithful hand will take and sift them, keep what is worth keeping, and then, with a breath of kindness, blow the rest away.” ~Dinah Maria Mulock Craik

Wishing you all a happy Valentine's Day. 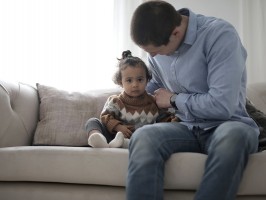