Dads2Dads: How to be a finisher, not a starter

How did you get all those loose ends—those unfinished tasks that are dangling in the wind? Why did you take on so many projects all at once? Why didn't you say no? Most of us have kicked ourselves in trying to answer those questions.

That's because we don't have good responses. Or perhaps we don't want to reveal the real reasons. Who wants to confess the following: I didn't feel important enough. I wasn't appreciated. I wanted to prove that I was still capable of juggling several tasks. I didn't want to disappoint the person who needed my help. I wanted to be just as involved and productive as the others.

Some people thrive on volunteering for everything.

In many cases, they are the ones who leave unfinished jobs for others to clean up. Some dear folks still take the credit for a job well done even when the job was only half done.

Dad, talk to your teenager about the negative impact of being a starter and never a finisher. It's a lousy label to wear and extremely difficult to remove.

Things go wrong, projects fall through, and plans crumble because someone assumes that others will pick up the slack. Often the slacker escapes blame while the picker-uppers take the heat for dragging their feet. It's a real downer when you're called out for not completing a job that was never yours in the first place.

Pose these examples to your kids: What if the school's stage crew set up flats for the school play but didn't secure them? The musical could be a dangerous experience. What if the teacher graded only half of your term paper? All that hard work down the drain—or at least 50 percent of it. What if football team spent all its practice time on offense and ignored the defense?

Watching from the sidelines

Not finishing a job or leaving a job incomplete is a bad habit that comes with a guarantee. When a person fails to complete a job, he or she rarely gets a second chance to complete the task. Moreover, he or she is likely not to be asked to head up a project again. A person who's never called on to handle responsibility becomes a spectator, someone who watches others' success from the sidelines. And that spectator label sticks!

Carl Sandburg, noted American poet, once quipped, "I won't take my religion from any man who never works except with his mouth."

You can apply that wisdom to just about any field of endeavor. We all know people who "talk a good story." They are quick to tell you what they have accomplished and how many projects they are balancing.  But there's the "rest of the story."

They are dynamos when it comes to starting jobs, but they seldom see them through to completion. Dad, teach your kids the value of finishing what they start. Being responsible and dependable will lead to their success in whatever they choose to do.

Dads2Dads: Hang Around with Good Dads

Dads2Dads: Love is its own power

Declarations of Love for Valentine's Day 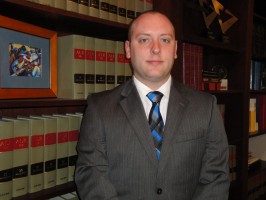 Legal Aid Society: How to Protect Yourself in the Debt Collection Process

Dads2Dads: Increase your value by focusing on yourself