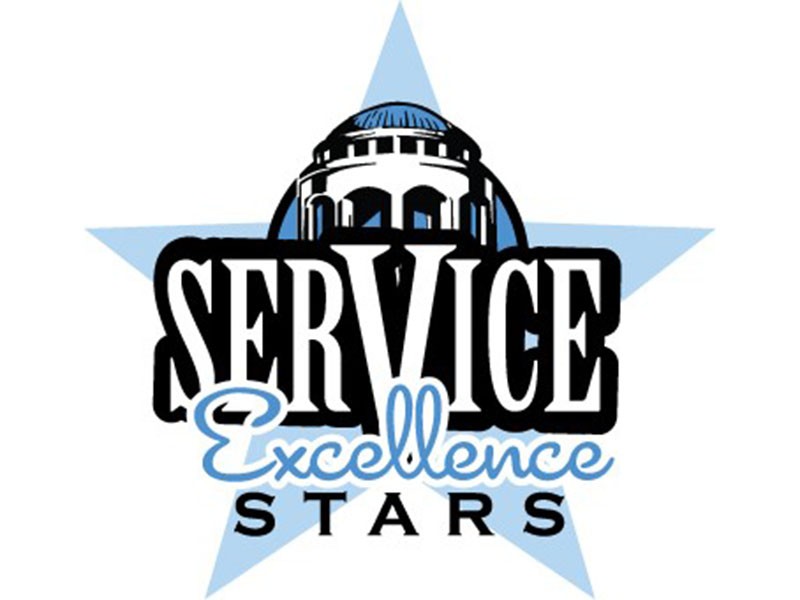 A team of Murfreesboro Police officers received STARS Awards Thursday, Nov. 21, 2019, for "representing the City in a positive light, exhibiting the core values and 'creating a better quality of life.'"

Mayor Shane McFarland recognized the Public Safety employees during the Nov. 21, 2019, meeting of the Murfreesboro City Council with the STARS award for Outstanding Performance: "Succeeding Through Attitudes Reflecting Service Excellence."

In the nomination narrative presented to the STARS Committee, Sept. 9, 2019, Captain Alan Smith summarized the reason for nominating the employees:

On Aug. 25, 2019, Officer's Nathan Corwin, Cormac Chandler, and Cameron Stamps conducted an investigation at an apartment on Lascassas Pike. After making contact with the residents, they were granted consent to search a bedroom in the apartment.

The subsequent search resulted in the location of ammunition, high-capacity magazines, and several firearms which included an SKS rifle which was stolen out of Lafayette County, Mississippi, in 2006. They also found drug paraphernalia, scales, a pill bottle containing Oxycodone tablets, two capsules containing a brown powdery substance, a Mason jar and four bundles containing the same brown powdery substance. The substance was field tested, showing positive for heroin and weighed 8 ounces (.5 pounds).

A suspect was taken into custody and charged accordingly. Through their teamwork and attention to detail, these officers were able to recover a stolen firearm, along with two other firearms, and a half pound of heroin, which equates to approximately 1,700 individual doses. Captain Smith stated, 'This is the epitome of good zone work.'

The STARS Service Excellence program is intended to recognize outstanding employees who embody the city's standards for service excellence and exemplify the city's core service values. The purpose of the STARS award is to recognize and reward those employees who go above and beyond their normal job duties in providing outstanding customer service to internal and external customers.

Congratulations to Officers Nathan Corwin, Cormac Chandler and Cameron Stamps for being named recipients of the STARS Award for Outstanding Performance.