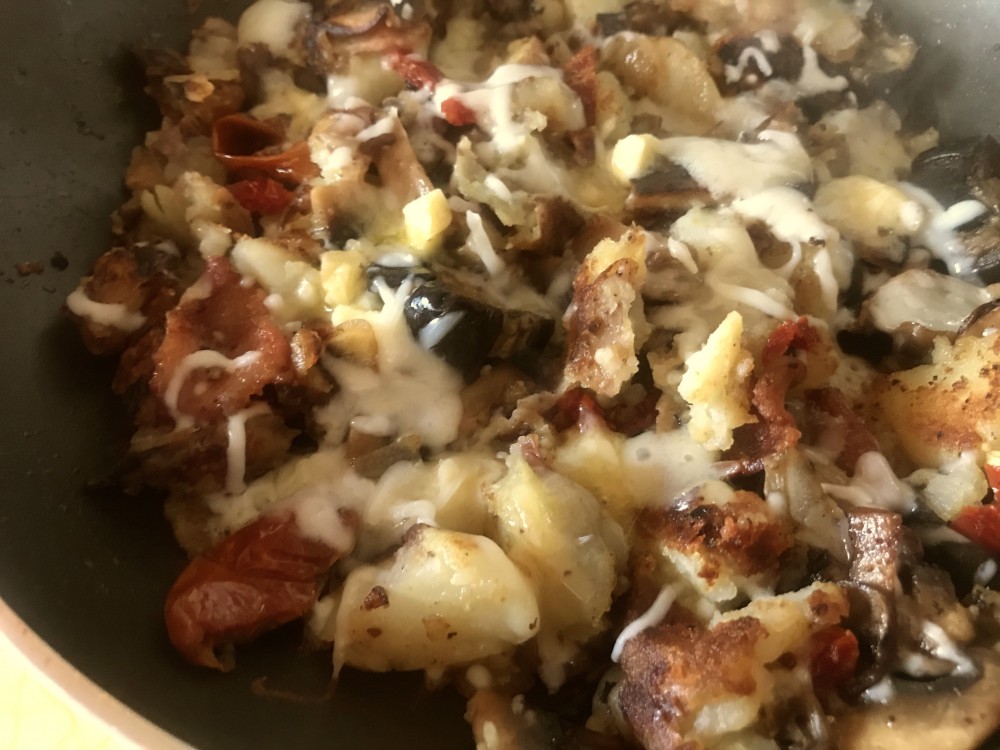 As the last weeks of summer march on and many kids are heading back to school, there’s always a need to find some new idea for breakfast, especially for that first day or a special Saturday.

Most of us have made as many pancakes, scrambled eggs and waffles as we’d like. I am a firm believer in the French Toast casserole or Sausage Cheese Strata for a company breakfast or brunch, but you have to plan ahead and have some time for that to work well.

For a family with kids who may sleep in to different times, or who may have different diets, there is one hearty breakfast that works wonders as a special meal. If you want to go gluten free, or if you want to tailor a breakfast dish to your favorite vegan, try hash.

Hash was basically invented to use up leftovers and somehow became a specialty item itself.

Yes, you may have had corned beef hash. It can be a heaven of salty, crispy potatoes or it can disappoint because it came from a can, got reheated and put on the plate mushy and sad.

This is not the hash I am talking about.

I am talking about a hash using up leftover potatoes, but still celebrating the golden goodness that a crisply fried potato can bring to a dish.

Did you know that you can make a beautiful breakfast hash with many different things?

The key ingredient is golden browned, crispy cooked potatoes. After you have some cooked potatoes in hand, you can use any savory thing you have to create your own signature, special hash.

In fact, we used to frequent a restaurant in North Carolina just for their veggie hash!

Think about having a few cooked potatoes leftover from dinner one night. When you get up in the morning, they might be good fried up alone, but they would be even better with some bits of meat or mushrooms and roasted vegetables added to the pan.

Melt some cheese or add fried eggs on top, and you have a fairly substantial breakfast that your family would love. This morning, I made a mushroom hash with some sun-dried tomatoes and a few roasted vegetables all in one pan with melted cheese and a few bacon strips on top. It was a hit and only took 20 minutes start to finish. Here’s my recipe.

(Option: You can make this a vegan hash by skipping the bacon and cheese. Use coconut oil and a soy based cheese instead.)

In a large skillet, cook the bacon until it is crisp. Remove the bacon to drain on paper towles and set aside. In the fat left in the skillet, cook the potatoes, onion and mushrooms until the potatoes develop a golden-brown crust. The secret here is to let everything get hot, turning it all occasionally. Once the mushrooms and onions are cooked, let things brown in the skillet without turning them too much. This will give the potatoes a chance to crisp up. Add the roasted vegetables and sundried tomatoes. Let them heat up and mesh with the rest of the ingredients. Season with salt and pepper. Scatter the cheese on top and let it melt, undisturbed, for a few minutes. Serve hot straight from the skillet. If you have to wait for folks, turn the heat very low and let the hash rest. Top each serving with a crisp piece of bacon. 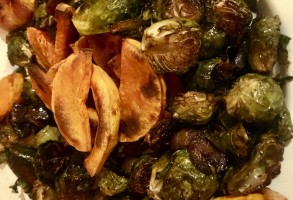 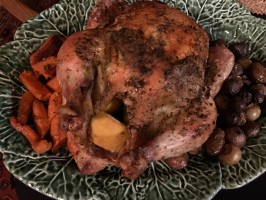 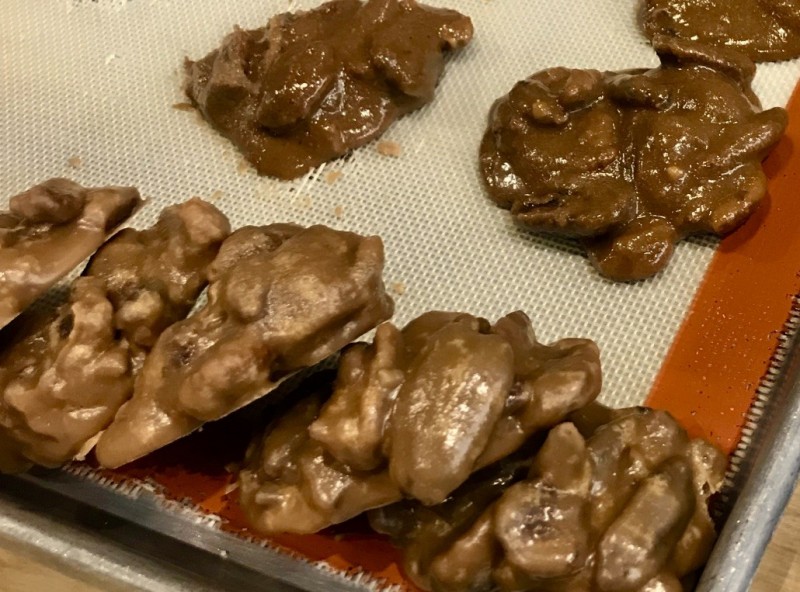 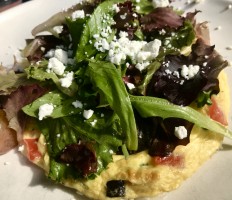 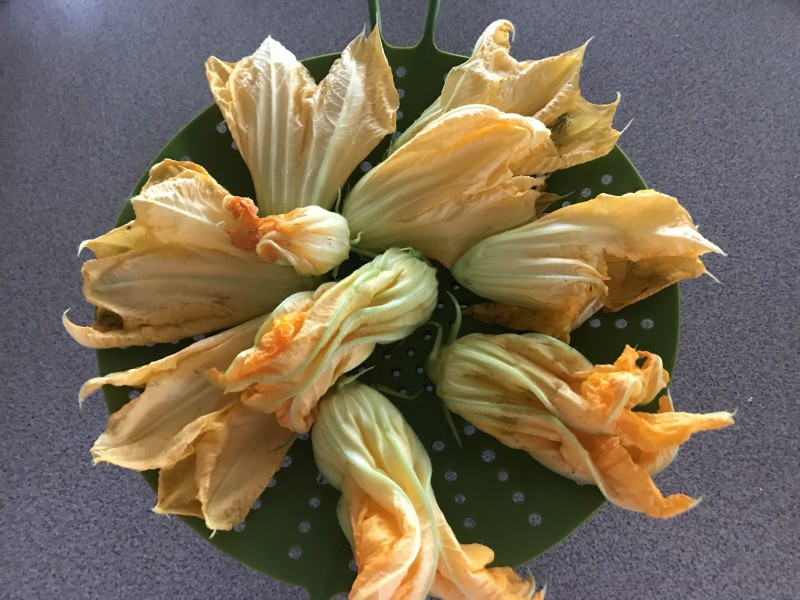 Zucchini Blossoms are a Delicious Way to Celebrate Summer 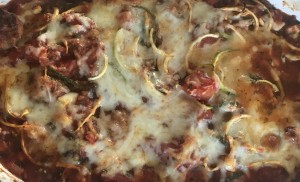