Final Football Weekend in Murfreesboro is a Doozy

Some great football has been played in the 'Boro this fall. From Blackman and Oakland's continued dominance to MTSU's current undefeated streak at home, football in the city in 2018 has been exciting to watch.

As great as it has been in Murfreesboro to this point, the final football weekend of 2018 in the city is set to be quite possibly the best yet.

While Blackman's season ended prematurely at Mount Juliet two weekends ago, Oakland defeated the same Mount Juliet team last weekend to advance to the semifinals in the state tournament.

On Black Friday, the Patriots will host High School football powerhouse Maryville. It is certain to be a clash of quite possibly to the two most powerful programs in the state.

This week will not be the first time these teams have met. Oakland's lone loss in the regular season came at Maryville on August 24.

Last season, the team's faced each other twice. Oakland won their regular season matchup at home but lost in the state semifinal at Maryville last November.

If you want to see high school football at the highest level, don't miss Friday night's game at Oakland.

As if the high school football wasn't great enough this weekend, on Saturday afternoon Middle Tennessee hosts Alabama-Birmingham in a possible preview of the Conference USA Championship game that will take place December 1.

Alabama-Birmingham is the darling of Conference USA right now. Just two seasons removed from the program's reinstatement after being shut down in December 2014, UAB is riding a 9-2 regular season and a Conference USA West division title into their final game of the regular season.

MTSU has been playing championship-level football this season as well, but the Blue Raiders will need some help from Marshall who will play C-USA East leader Florida International, as well as a win over UAB to clinch the east division and set up a rematch on December 1 against this same UAB team.

Blue Raiders players have racked up player of the week honors throughout the season and even though they are coming off a closer-than-expected loss at Kentucky, Middle Tennessee will be ready to put on a show Saturday.

If you haven't watched Oakland or MTSU football in person this season, you have missed out on some really fun football. Thankfully, you have one last chance to take in their games on Thanksgiving weekend.

The final football weekend in Murfreesboro for 2018 is sure to be a doozy. 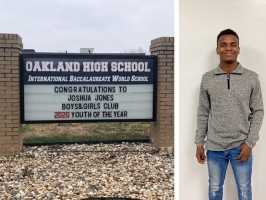 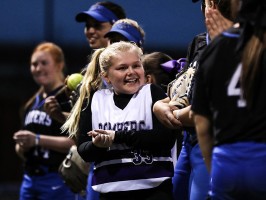