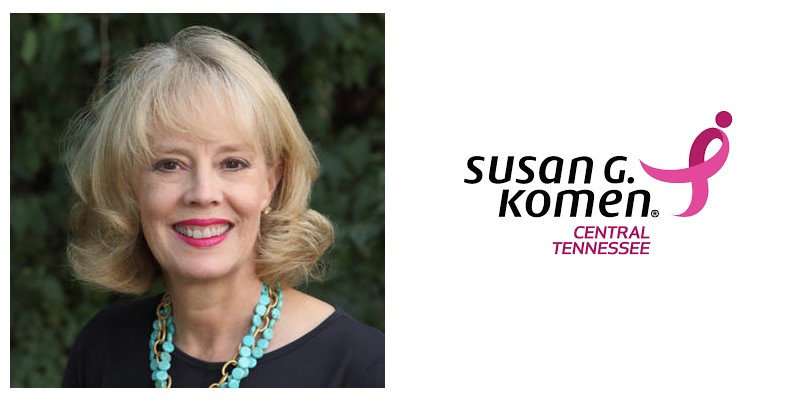 "Dawn’s professionalism, past experienceand leadership in nonprofit growth make her ideally suited for this key position. Nationally, we have a bold goal of reducing breast cancer deaths by 50 percent in the U.S. by 2026," McWhorter said. "That translates to even more work that we have to do to grow our region’s community participation to help get this job done. With the expansion of our affiliate’s geographic area almost a year ago, we are ready to provide more screening, education, treatment and psychosocial support programs to women, men and families in 41 counties in Tennessee and north Georgia. Our fundraising also contributes significantly to breast cancer research, and Komen is second in the country only to the federal government in research funding." McWhorter has a personal interest in fighting breast cancer, having lost his mother and wife to the disease."

"My grandmother was a breast cancer survivor, and I have several friends who have been diagnosed and successfully treated," Eaton said. "I’m just so very pleased and excited to be a part of this leading international organization in the fight against breast cancer. We have an ambitious plan of work ahead of us in central Tennessee and north Georgia. To accomplish our goals, we will build an even more solid foundation to reach out to the entire community in the fight against breast cancer."

Eaton, who has lived in Tennessee since childhood, has worked throughout Middle Tennessee as a nonprofit executive, corporate leader and entrepreneur since 1980.

After earning a Bachelor’s of Science from Middle Tennessee State University, Eaton worked in juvenile justice before becoming the first Executive Director of the Main Street program in Murfreesboro and Rutherford County. In that position, she established and led Murfreesboro’s downtown revitalization program for seven years before joining Bob Parks Realty as Director of Marketing and Relocation.

Eaton has also worked as a successful entrepreneur in marketing and as the owner of a retail store.

In 2008, Eaton was named CEO of The Family Center, a nonprofit working to prevent child abuse and neglect, a position she held for nearly eight years. During her tenure at The Family Center, Eaton increased the organization’s budget from $600K to $1.1 million, increased net assets by 64 percent and restructured programming and client outreach, which tripled the number of clients served.

Earlier in her career, Eaton was a member of the Rutherford County Chamber of Commerce Board of Directors; a member of the Middle Tennessee State University National Alumni Association Board of Directors, serving as President in 1994 and Past President in 1995; and a member of MTSU’s Miller Trust Planning Committee from 1994 to 1997. Eaton has been recognized throughout her career for her leadership, including Finalist for the Memorial Foundation Leadership Award for the Center for Nonprofit Management’s Salute to Excellence in 2015. She received the Rutherford County Trailblazer Award as Outstanding Business Professional.

She is a graduate of Tennessee Leadership and Leadership Rutherford and has received a number of awards from the GENESIS Relocation Network as a top 50 Producer including a national GENESIS Incoming Referral Conversion Award.

Susan G. Komen is the world’s largest breast cancer organization, funding more breast cancer research than any other nonprofit while providing real-time help to those facing the disease. Komen has set a Bold Goal to reduce the current number of breast cancer deaths by 50 percent in the U.S. by 2026. Nancy G. Brinker, who promised her sister, Susan G. Komen, that she would end the disease that claimed Suzy’s life, founded Komen in 1982. Komen Central Tennessee is working to better the lives of those facing breast cancer in the local community. Through events like the Komen Central Tennessee Race for the Cure®, this past year Komen Central Tennessee has invested $420,000 in community breast health programs throughout the 41-county area the organization serves, and has helped contribute to the more than $998 million invested globally in research.

Nov 15, 2018 at 02:39 pm by steve cates
Congratulations to Dawn!! This organization is very fortunate to have her!!
Report

Nov 16, 2018 at 11:14 am by Michelle Willard
Komen's gain is The Family Center's loss. She's done a great job helping children and families here.
Report
Login or Register to post a comment 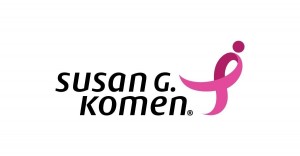 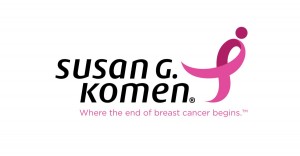 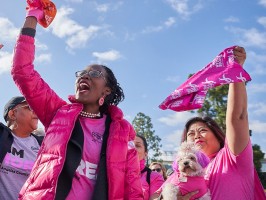 Are you ready for the More Than Pink Walk? 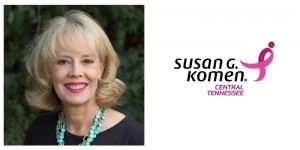 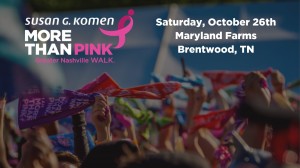 What's the 'More Than Pink' Walk? 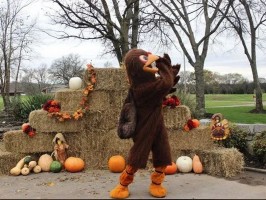