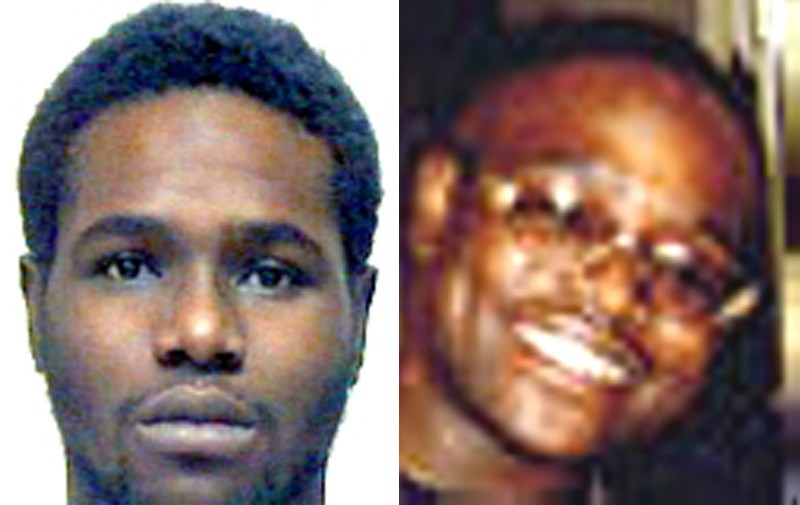 Antonio Taylor's family speaks of him in the past tense now. After he disappeared, they still used the present tense but it's been nearly 20 years and they've accepted the probabilty that he isn't coming home.

All they want now is answers.

“We have been waiting for 19 years for closure,” his grandmother Lillie Buchanan said in an interview with the Shelbyville Times-Gazette. “We’d just like to know the whereabouts of Antonio and bring him home. We trust in God.”

Buchanan said she isn't giving up hope that her grandson, who disappeared Sept. 20, 1999, will be found.

"The reason we don't feel like he's alive -- knowing Antonio the way we did, he would have gotten in touch some kind of way," Buchanan said in another interview from 2011.

Tony wouldn't leave his sons and his family, she said. "He would not have just gone off and left them like that."

Anyone with information about Antonio Taylor's disappearance is asked to call the Shelbyville Police Department at 931-684-5811 or Crimestoppers at 931-684-4300.

Antonio "Tony" Taylor disappeared Sept. 20, 1999, from his home in Shelbyville. He was 21 years old at the time of his disappearance and left behind two sons, Damion and Anthony, who were 2 and 1 at the time respectively, as well as a large extended family.

His mother said he was a kind, outgoing person. And his grandmother said she misses his smile the most.

He is described as being an African-American male with black hair and brown eyes. He stands 5'10" and weighs 165 pounds.

He was last seen wearing a green and brown pullover shirt, a white T-shirt, jeans, sneakers, a gold chain necklace and matching bracelet, and a ring on one of his left fingers.

Taylor has a four-inch scar on his left arm. He has three gold open-face crowns on his teeth and he wears eyeglasses, according to his profile on The Charley Project.

When Tony disappeared, he was trying to improve his life so he could take better care of his two sons. He had a job interview lined up that day and plans to complete his GED and attending barber college.

He didn't have any reason to leave, but two big reasons to stay in his young sons.

At the time of his disappearance, Tony lived with his grandmother Lillie Buchanan in Shelbyville.

The last time anyone spoke with him was when he got a phone call around 11:30 a.m. from his friend Barry Rippy.

Someone then picked Tony up from his house. He left his pager, cell phone and wallet on his dresser and his freshly pressed interview clothes on the bed.

"Everything was left here like he'd be right back," Rochelle Adams said.

His mother planned to pick Tony up for a job interview he had scheduled for that afternoon, according to one report about his disappearance.

He waved to his uncle as he left that morning. No one in his family has seen or heard from him since.

A witness told investigators Tony was dropped off on Lane Parkway in Shelbyville.

In the days that followed, Tony's family waited for him to come home as the Shelbyville Police searched Bedford County and interviewed his friends. Those same friends organized a search party themselves.

But no trace of Tony was found.

The community also banded together to raise money for a reward with a fish fry.

Adams said all they heard were strange stories.

"This is a small town, somebody saw something. Somebody knows something," she said.

In September, Investigators with the Shelbyville Police Department, police chief Jan Phillips and acting assistant chief Brian Crews met with Lillie Buchanan, who calls once a month to see where the investigation is, to talk about reopening the investigation.

Crews said then that detectives are following new leads.