Was Nathan Morgan caught in crossfire in Murfreesboro? 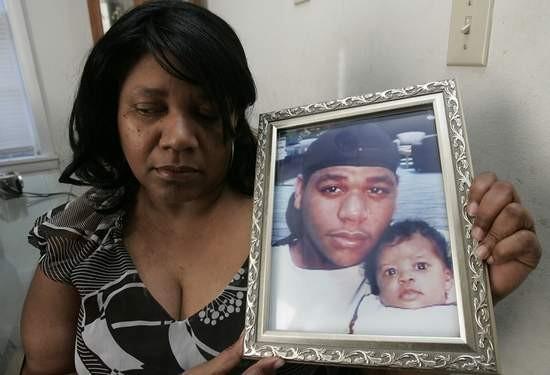 A year after his cousin was killed, Nathan Morgan was shot while talking with a friend in Murfreesboro.

On May 22, 2010, Morgan, who was called Nate or Lil Nay by his friends and family, was gunned down by an unknown shooter, just barely a year from when his cousin Cedric Herbert was shot execution-style on June 15, 2009.

The family of Nate and Herbert have not one but two unsolved deaths that haunt them.

To make matters worse, investigators believe Nate was caught in the crossfire and another man was likely the target of the shooting, Murfreesboro Police Detective James Abbott said.

If you have any information, call the Murfreesboro Police Department Criminal Investigations Division at 615-893-2717. To remain anonymous and possibly be eligible for a reward, call Rutherford County Crime Stoppers at 615-893-STOP (7867).

Nathan "Lil Nay" or "Nate" Morgan Jr. was only 24 years old when he was shot by an unknown person. He left behind a child and grieving family.

"It doesn't seem real," Nate's mother Lisa Pringle (pictured above with a photo of Nate) said in an interview with WSMV in 2012. She added it was "like a nightmare" to lose her son.

According to Nate's obituary, he had a lifetime love of sports in general basketball in particular. Even after his pro dreams ended because of a back injury, his love of the game remained.

A native of Nashville, Nate was a "devoted and proud father," who moved to Murfreesboro to spend more time with his young daughter.

"Everyone that knew Nathan knew he was a responsible, loyal young man. He was always true to himself and others. Nathan loved and enjoyed his family," the obituary said.

Shortly after midnight, May 22, 2010, Nathan Morgan stopped by 1401 Eagle Street in Murfreesboro to speak to some friends.

The group of four young men was standing around a vehicle that was parked in the front yard of the Eagle Street home.

Unbeknownst to the men, a subject was skulking in the shadows with a rifle. The subject had cut through backyards from Atlas Street and jumped a chain link fence using a lawn chair.

The suspect hid in the shadow of a large bush in the neighbor's yard, sighted the group and opened fire.

According to witnesses, the suspect fled the scene on foot, rifle in hand. He jumped over the fence and ran toward Minerva.

Investigators dispatched a police K9 officer to the scene, which began a track, however, lost it several blocks away, according to the Murfreesboro Post.

The three victims were taken to Saint Thomas Rutherford Hospital.

Louis Sweeny of Nashville was transported to Vanderbilt Hospital in Nashville by ambulance with serious injuries. Byrus Hughes of Murfreesboro sustained minor injuries from debris. He was treated and released from Saint Thomas.

Abbott believes Nate was caught in the crossfire of someone else's fight.

"He stopped to say 'hi' to friends and it cost him his life," Abbott said.

The investigators heard from more than one witness that they "were warned to get out the area or to stay off Eagle Street just prior to the shooting," Abbott said.

The evidence tells him that the shooter didn't just want to scare someone, like with a drive-by, but was directly targeting someone in the group, Abbott said.

"He used the right equipment to commit a murder that night.

Abbott said he also believes the shooter talked about the murder in the days following the crime.

"We want to talk to anyone that may have heard something about this shooting. You may think what you have heard is nothing but please give us a call," Abbott said.

Anyone with information about this or any other crime is asked to call MPD Criminal Investigations Division at 615-893-2717 or Rutherford County Crime Stoppers at 615-893-STOP (7867). Tips that lead to an arrest and conviction could be entitled to a $1,000 reward.