Was Shelia Bradford killed to cover up a double murder? 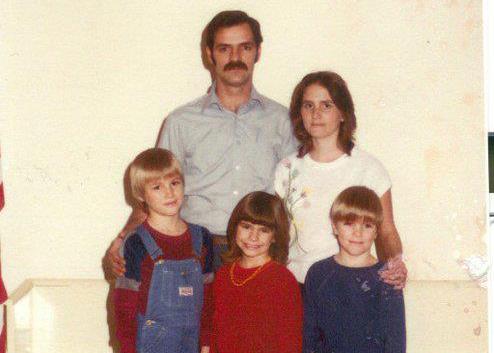 In January 1991, a young couple was murdered and the house where the crime occurred was burned to the ground in Benton County, Tenn.

Investigators spent more than a year on a task force trying to track down the killer or killers when they thought they had found their key witness.

But the day after they spoke with her she disappeared and more than 25 years later, no trace of her has been found.

The witness was Shelia Bradford, who disappeared Sept. 21, 1992, a few days after talking with law enforcement about her boyfriend JC Bruce and his family's penchant for crime.

Bradford (pictured above with her ex-husband and children) was a 33-year-old mother of three when she disappeared.

Bruce and his three brothers were suspected of killing Danny Vine, a mussel shell buyer, and his fiancee Della Thornton in order to steal a truckload of mussel shells.

Shelia had been living with Bruce and told officials from the Tennessee Bureau of Investigation and Benton County Sheriff's Office she knew who committed the double murder.