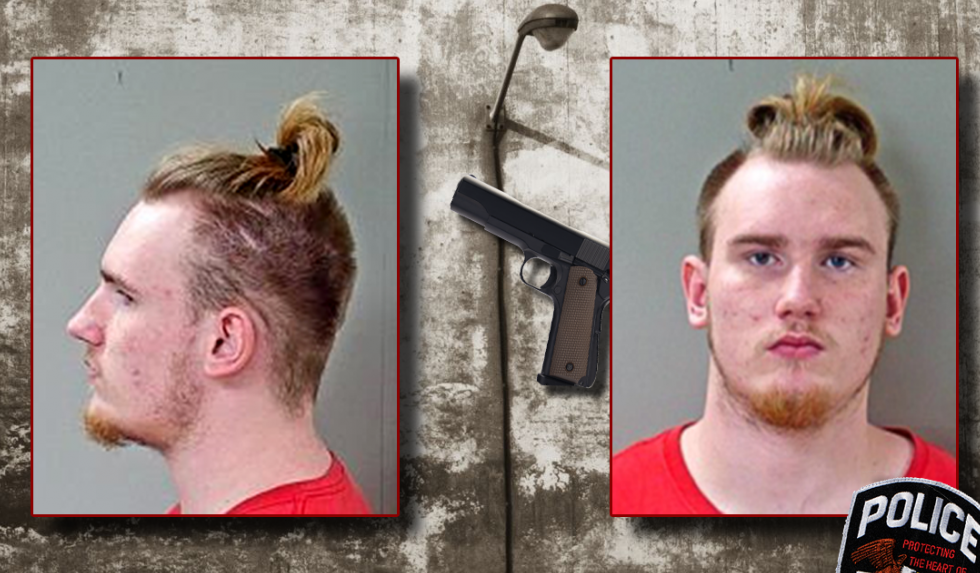 (Murfreesboro, TN) WGNS has more news on the murder of a young man that occurred in Murfreesboro a little over 26-months ago. Looking back to the initial call to dispatch, Murfreesboro Police responded to a shooting on North Tennessee Boulevard at Stonewall Boulevard on October 24, 2020. At the intersection, responding officers located the body of 22-year-old Blake Bolton.

MPD Detective Albert Miles was tapped as the lead investigator of the case. Three days after the murder occurred, a criminal warrant was issued for 19-year-old Cody Cain Gilliam.  Three months later, Gilliam was located and arrested. He was booked into the Rutherford County Adult Detention Center on February 4, 2021.  Detective Miles officially charged Gilliam with First Degree Murder.

Gilliam, who is now 21-years-old, was later indicted by a Rutherford County Grand Jury. Following his indictment, the Grand Jury charged the suspect with First Degree Murder, Especially Aggravated Robbery, Burglary to an Automobile, Possession of Methamphetamine with the Intent to Distribute, Employment of a Weapon During the Commission of a Dangerous Felony and Conspiracy to Commit the Above.

A status hearing is scheduled to take place on March 7th of this year (2023). On that date, the courts will hear from the attorney representing Gilliam, while also hearing from the state to determine if each party is ready to proceed to trial. It’s not uncommon for the courts to grant a continuance on cases that involve such serious charges, allowing for the defendant or state prosecutors to procure an absent witness or other evidence believed to be necessary for the defense or the prosecution of the case.

Gilliam will ultimately be heard by Circuit Court Judge Barry Tidwell. The suspect is being represented by Public Defender Brennan Foy and the state is represented by Assistant Rutherford County District Attorney Trevor Lynch. At this time, Gilliam remains behind bars at the local jail, where he has been since February of 2021.

Jan 16, 2023 at 12:58 pm by
I just got my Ex boyfriend back through the help of a real spell caster Dr.Excellent. My boyfriend left me and i was devastated. The most painful thing is that I was pregnant for him. I wanted him back. I did everything within my reach to bring him back but all was in vain, I wanted him back so badly because of the love I had for him, I begged him with everything, I made promises but he refused. I explained my problem to my sister and she suggested that I should rather contact a spell caster that could help me cast a spell to bring him back , I had no choice than to try it. I messaged the spell caster called Dr.Excellent, and he assured me there was no problem and that everything will be okay before 28hours. He cast the spell and surprisingly 28 hours later my boyfriend called me. It was so surprising, I answered the call and all he said was that he was so sorry for everything that had happened He wanted us to come back together. He also said he loved me so much. I was so happy and went to him that was how we started living together happily again.thanks to Dr.Excellent. if you are here and your Lover is turning you down, or your boyfriend moved to another girl, do not cry anymore, contact Dr.Excellent for help now..Here his contact. WhatsApp: +2348084273514 ,Email: Excellentspellcaster@gmail.com Website:https://drexcellentspellcaster.godaddysites.com
Report
Jan 19, 2023 at 07:51 am by coriejohnson11
Hello my name is Corie Johnson from USA I want to tell the world about the great and mighty spell caster called Priest Elijah my husband was cheating on me and no longer committed to me and our kids when I asked him what the problem was he told me he has fell out of love for me and wanted a divorce I was so heartbroken I cried all day and night but he left home I was looking for something online when I saw an article how the great and powerful Priest Elijah have helped so many in a similar situation like mine he email address was there so I sent him an email telling him about my problem he told me he shall return back to me within 24hrs I did everything he asked me to do the nest day to my greatest surprise my husband came back home and was crying and begging for me to forgive and accept him back he can also help you contact universalspellhelp@gmail.com or universalspellhelp@yahoo.com WhatsApp +2347054380994. Website: https://universalspellhelp.wixsite.com/priestelijah
Report
Feb 01, 2023 at 01:29 am by Morganmoore
With so much in my heart I am here to express myself on how Priest Salami saved my marriage from divorce. Myself and my husband were having some misunderstanding and it was tearing our marriage apart to the extent my husband was seeking a divorce. So I have no option other than to go to the internet to seek a solution to my problem. It was there I came across Priest Salami details and about how he has helped a lot of people by restoring their relationship. I contacted Priest Salami and in less than 48 hours my husband cancelled the divorce papers. Now myself and my husband live together in peace and harmony all thanks to Priest Salami for saving my marriage from breaking up. Priest Salami contact information are via email: purenaturalhealer@gmail.com. Whatsapp number: +2348143757229
Report
Login or Register to post a comment