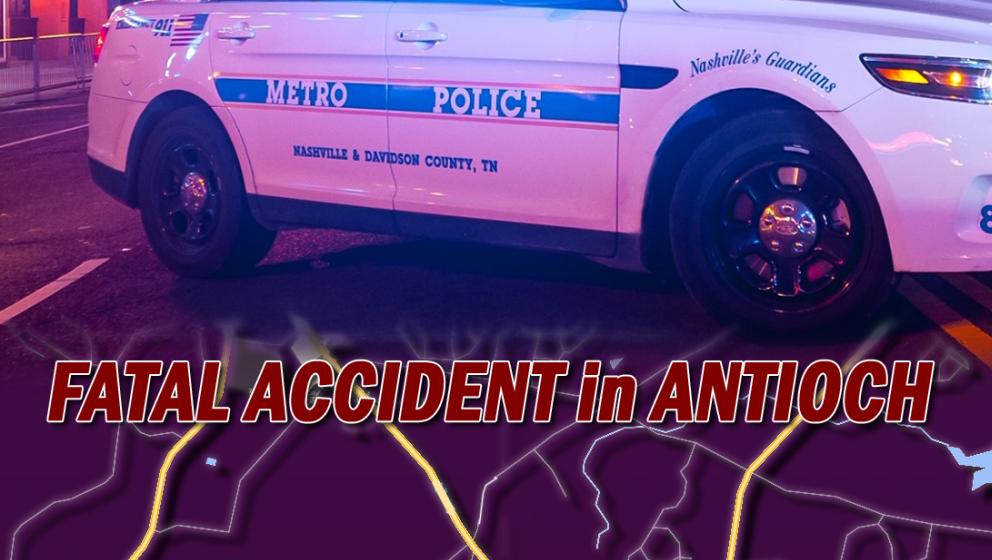 A serious accident that unfolded in Antioch took the life of a Rutherford County resident this past Saturday. Katherine Margarita Jarquin Perez of LaVergne was the driver of a Nissan Altima that was involved in the two-car crash at 3300 Murfreesboro Pike just before 7:15 Saturday morning. Metro Nashville Police report Perez died from injuries she sustained in the crash.

According to the preliminary investigation, the Nissan being driven by 24-year-old Perez was traveling east on Murfreesboro Pike when it began drifting into the westbound lane. As her car drifted into the opposite lane, a Toyota Prius that was traveling west, attempted to swerve to avoid the Nissan, but was unsuccessful. The two vehicles collided head-on.

Metro Police confirmed Perez died at the scene. Metro also reported there were no signs of impairment at the scene on part of the Toyota driver that was struck by the Nissan being operated by Perez. The female driver of the Toyota was transported by ambulance to a local hospital. At last report, she had non-life-threatening injuries.

It’s routine to test any driver involved in a fatal accident for intoxicants, which is why toxicology testing has been ordered on the deceased woman who was believed to have crossed the line into oncoming traffic - - to determine whether impairment was a factor.

Jan 19, 2023 at 07:51 am by coriejohnson11
Hello my name is Corie Johnson from USA I want to tell the world about the great and mighty spell caster called Priest Elijah my husband was cheating on me and no longer committed to me and our kids when I asked him what the problem was he told me he has fell out of love for me and wanted a divorce I was so heartbroken I cried all day and night but he left home I was looking for something online when I saw an article how the great and powerful Priest Elijah have helped so many in a similar situation like mine he email address was there so I sent him an email telling him about my problem he told me he shall return back to me within 24hrs I did everything he asked me to do the nest day to my greatest surprise my husband came back home and was crying and begging for me to forgive and accept him back he can also help you contact universalspellhelp@gmail.com or universalspellhelp@yahoo.com WhatsApp +2347054380994. Website: https://universalspellhelp.wixsite.com/priestelijah
Report
Feb 01, 2023 at 01:43 am by Morganmoore
With so much in my heart I am here to express myself on how Priest Salami saved my marriage from divorce. Myself and my husband were having some misunderstanding and it was tearing our marriage apart to the extent my husband was seeking a divorce. So I have no option other than to go to the internet to seek a solution to my problem. It was there I came across Priest Salami details and about how he has helped a lot of people by restoring their relationship. I contacted Priest Salami and in less than 48 hours my husband cancelled the divorce papers. Now myself and my husband live together in peace and harmony all thanks to Priest Salami for saving my marriage from breaking up. Priest Salami contact information are via email: purenaturalhealer@gmail.com. Whatsapp number: +2348143757229
Report
Login or Register to post a comment