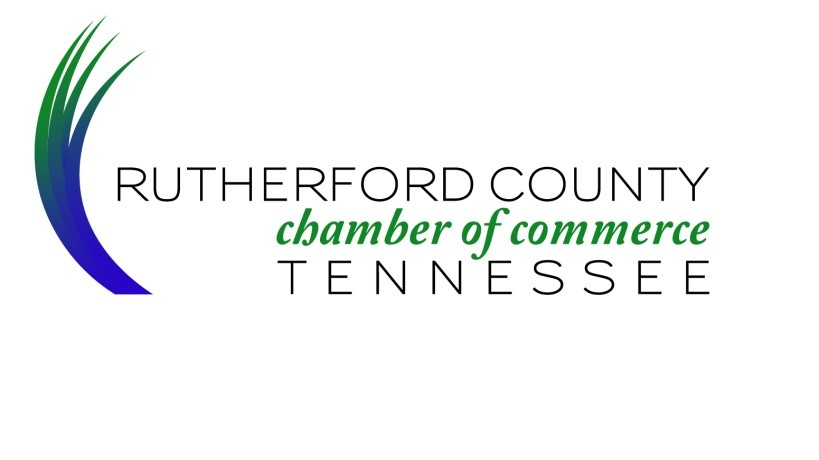 (Rutherford County, Tenn.) – The Rutherford County Chamber of Commerce has named Terry Haynes as the 2022 Business Legend of the Year, Chris Jones as the 2022 Business Person of the Year and Terry Schneider as recipient of the Leadership Rutherford 2022 Pinnacle Award. These three honorees will be recognized at the Chamber’s annual Business at its Best celebration on Tuesday, February 7, at Embassy Suites Murfreesboro Hotel & Conference Center.

2022 Business Legend – Terry Haynes - Terry Haynes serves as managing general partner and CEO of Haynes Bros. Lumber Co. It is a company that has been a fixture in Rutherford County since 1951.

Haynes is a Murfreesboro native and Riverdale High School graduate. He attended the University of Tennessee and received a degree in Business Administration. After college, he went into the family business becoming the assistant manager and buyer of floor coverings and cabinets. Haynes wasn’t afraid of hard work and it showed as he rose through the ranks at the company – becoming general manager and then the managing general partner and CEO in 1994.

His efforts have literally shaped the landscape of Rutherford County.

Haynes is very active in the Middle Tennessee community, currently serving on Primary Care and Hope Clinic’s Board of Directors. He was past chairman of Destination Rutherford and the Rutherford County Chamber of Commerce. Haynes also previously served on the following boards: Cavalry Bank, Middle Tennessee Medical Center Development Foundation, and the Carolina-Tennessee Building Materials Association. He was past board president for Stones River Country Club, United Way of Rutherford and Cannon Counties, and the Young Executives Tennessee Building Materials Association.

Haynes is married to the former Lisa Swafford; they have two children, Robert and Kristin, and four grandchildren.

2022 Business Person – Chris Jones - Chris Jones is Middle Tennessee Electric’s President and just the fifth CEO in the cooperative’s 85-year history.  A 24-year veteran of MTE, he is a graduate of the University of Tennessee, Knoxville, where he earned his degree in communications.

During his tenure as CEO, Jones has navigated the organization through several severe weather events, the acquisition of United Communications, and the merger with the Murfreesboro Electric Department.

Chris lives in Murfreesboro with his wife, Bonita, who is a retired teacher. They have two grown daughters, Cayln and Chrisln.

Leadership Rutherford 2022 Pinnacle Award – Terry Schneider - Terry Schneider is the owner of FASTSIGNS in Murfreesboro and Cookeville, although she feels the title “chaos coordinator” reflects her position better. A native of Tampa, Florida, Schneider holds a degree from the University of South Florida where she was active in her sorority Alpha Delta Pi.

Schneider’s family relocated to Middle Tennessee, and she recalls it immediately felt like home. She worked as a software engineer for Verizon. But her dreams of owning her own business came true when she bought into the FASTSIGNS franchise in 2009. Through tenacity and determination, she grew the Murfreesboro store into a thriving business that employs seven and now serves as a mentor location to new franchisees. Her success doesn’t stop there; she recently purchased another store in Cookeville, and it is quickly capturing market share.

A 2012 graduate of Leadership Rutherford, community is everything for Schneider. She has been involved with many local organizations including the Blue Raider Athletic Association, Junior League, United Way of Rutherford and Cannon Counties, 100 Women Who Care, and Big Fluffy Dog Rescue. She has held board leadership positions with the American Red Cross, Leadership Rutherford, and the Rutherford County Chamber of Commerce.

Terry Schneider has two children, Bobby and Cameran. She shares a love of travel with her recent fiancé Ronnie Smith.

The three distinguished recipients will be honored at the Chamber’s annual Business at its Best event at 11:30 a.m. on Tuesday, February 7, at Embassy Suites Murfreesboro Hotel and Conference Center. Reservations are $55. To reserve a seat, please contact the Chamber at 615-893-6565 or visit https://web.rutherfordchamber.org/events.

About - The Rutherford County Chamber of Commerce, which includes the Convention & Visitors Bureau, Destination Rutherford, Economic Development and Workforce Development, seeks to promote economic development and a quality of life to benefit all residents of Rutherford County. Programs, events and services are offered to both its nearly 2,200-members and non-members. Learn more at www.rutherfordchamber.org.

Jan 16, 2023 at 01:25 pm by
The best ex back spell 2023. Trust me I've just been helped too I'm very happy and grateful ???????? Everyone struggling with relationship and cheats!!!! I found the Best love spell caster. Dr.Excellent is 101% guaranteed and it don't fail no side effects or karma you can trust me this man is the Best he just came through for me just like that you're still thinking kindly contact him now.. Here his contact. WhatsApp: +2348084273514 , Email: Excellentspellcaster@gmail.com Website:https://drexcellentspellcaster.godaddysites.com
Report
Feb 01, 2023 at 01:32 am by Morganmoore
With so much in my heart I am here to express myself on how Priest Salami saved my marriage from divorce. Myself and my husband were having some misunderstanding and it was tearing our marriage apart to the extent my husband was seeking a divorce. So I have no option other than to go to the internet to seek a solution to my problem. It was there I came across Priest Salami details and about how he has helped a lot of people by restoring their relationship. I contacted Priest Salami and in less than 48 hours my husband cancelled the divorce papers. Now myself and my husband live together in peace and harmony all thanks to Priest Salami for saving my marriage from breaking up. Priest Salami contact information are via email: purenaturalhealer@gmail.com. Whatsapp number: +2348143757229
Report
Feb 06, 2023 at 04:25 am by lilianajose007
DR. TRUST IS THE BEST SPELL CASTER ONLINE WHO RESTORED MY BROKEN RELATIONSHIP AND I HIGHLY RECOMMENDS DR. TRUST ANYONE IN NEED OF HELP! WHATSAPP +14242983869 My husband left me for another woman 12 months ago and ever since then my life has been filled with pain, sorrow and heart break because he was my first love whom I have spent my entire life with. A friend of mine told me he saw some testimonies of a spell caster called Dr Trust that he can bring back lover within some few hours, i laugh it out and said am not interested but because of the love my friend had for me, she consulted the great spell caster on my behalf and to my greatest surprise after 11 hours my husband called me for the very first time after 12 months that he is missing me and that he is so sorry for every thing he made me went through. He is back to me and now we are happy together. I still can't believe it, because it is highly unbelievable. Thank you Dr Trust for bringing back my lover and also to my lovely friend who interceded on my behalf, for any one who might need the help of this great spell caster here is the email address drtrustspelltemple@gmail.com WhatsApp: +14242983869 Facebook Page: https://facebook.com/trustspelltemple
Report
Login or Register to post a comment