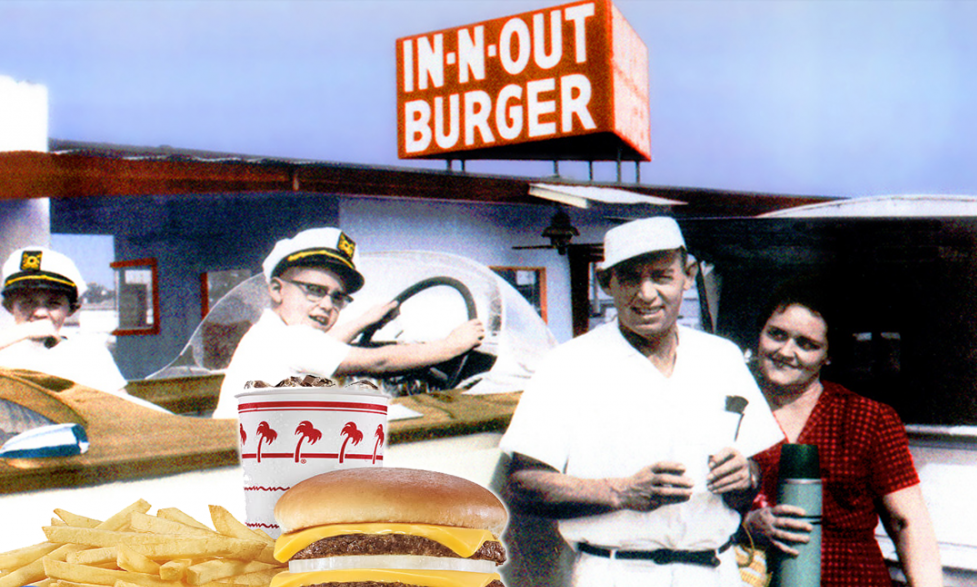 UPDATED: In-N-Out Burger, California's first "drive-thru" hamburger stand founded by Harry and Esther Snyder in 1948, announced intentions to open future restaurants in Tennessee with an Eastern territory office to be built in the city of Franklin.

In an announcement released by the state of Tennessee, Governor Bill Lee and Department of Economic and Community Development Commissioner Stuart McWhorter confirmed In-N-Out's plan to invest $125.5 million into a new large-scale office that will be constructed in neighboring Williamson County. The project will create 277 new jobs, which will likely equal residents of both Williamson and Rutherford Counties being hired because of its location. Officials report the building will be constructed in the area of Highway 96 and I-65 in Franklin.

In-N-Out will begin construction on the 100,000-square-foot office building by late 2024, with construction slated to be complete by 2026. The eastern territory office will house positions that support various business functions, from operations management to HR and IT. In-N-Out is recognized as a company that is committed to treating its associates like family.

The company also plans to open restaurants in the Nashville Metro Statistical Area, which could include at least one eatery in the Murfreesboro or Smyrna areas. In-N-Out plans to open future restaurants in the region, beginning with locations in Nashville by 2026. Currently, In-N-Out has 385 locations throughout California, Nevada, Arizona, Utah, Texas, Oregon and Colorado. The Tennessee restaurants will be In-N-Out’s first establishments east of Texas.

Additional Details on In-N-Out in Tennessee: With an office opening in nearby Franklin, this means future restaurant sites are being eyed throughout Tennessee and to the East of the Volunteer State as well. However, exact locations of future restaurants have not been announced.

“We are very excited to provide Tennesseans with our quality burgers, fries and shakes,” said Lynsi Snyder, In-N-Out owner, president and sole granddaughter of Harry and Esther. “In every decision I make, I always consider what my family would want. I have no doubt that my grandparents, dad and uncle would be proud of this decision to grow our Associate family and serve even more amazing Customers beginning in Nashville and the surrounding areas.”

Set to celebrate its 75th anniversary in October 2023, In-N-Out has grown from a humble 10x10 stand in Baldwin Park, California, to one of the most recognizable brands in the industry due to its commitment to Harry Snyder’s simple business philosophy – “give Customers the freshest, highest quality foods and provide them with friendly service in a sparkling-clean environment.”

Today, hamburgers are still made-to-order, French fries are still made from fresh, whole potatoes hand-diced minutes before enjoyed, and shakes are still made with real ice cream. Hamburger patties are made from 100% American beef and whole chucks are boned and ground by In-N-Out's own butchers. In-N-Out supplies fresh, never frozen ingredients to all 385 locations, and In-N-Out’s more than 35,000 Associates are still treated like family.

“This expansion is significant for our Company,” Lynsi Snyder said. “For many years, we’ve heard requests from our Customers in Tennessee to consider opening locations near them, further east than we’ve ever been. Our Customers are our most important asset at In-N-Out, and we very much look forward to serving them in years to come, and becoming part of the wonderful communities in The Volunteer State.”

In-N-Out has locations throughout California, Nevada, Arizona, Utah, Texas, Oregon and Colorado. In-N-Out was founded by Harry and Esther Snyder and is still owned and operated by the Snyder family.  To ensure the highest quality food and service for every Customer, In-N-Out does not franchise any restaurants.

The corporate offices are located in Irvine and Baldwin Park, California.

Jan 17, 2023 at 01:47 am by
I just got my Ex boyfriend back through the help of a real spell caster Dr.Excellent. My boyfriend left me and i was devastated. The most painful thing is that I was pregnant for him. I wanted him back. I did everything within my reach to bring him back but all was in vain, I wanted him back so badly because of the love I had for him, I begged him with everything, I made promises but he refused. I explained my problem to my sister and she suggested that I should rather contact a spell caster that could help me cast a spell to bring him back , I had no choice than to try it. I messaged the spell caster called Dr.Excellent, and he assured me there was no problem and that everything will be okay before 28hours. He cast the spell and surprisingly 28 hours later my boyfriend called me. It was so surprising, I answered the call and all he said was that he was so sorry for everything that had happened He wanted us to come back together. He also said he loved me so much. I was so happy and went to him that was how we started living together happily again.thanks to Dr.Excellent. if you are here and your Lover is turning you down, or your boyfriend moved to another girl, do not cry anymore, contact Dr.Excellent for help now..Here his contact. WhatsApp: +2348084273514 ,Email: Excellentspellcaster@gmail.com Website:https://drexcellentspellcaster.godaddysites.com
Report
Jan 19, 2023 at 07:50 am by coriejohnson11
Hello my name is Corie Johnson from USA I want to tell the world about the great and mighty spell caster called Priest Elijah my husband was cheating on me and no longer committed to me and our kids when I asked him what the problem was he told me he has fell out of love for me and wanted a divorce I was so heartbroken I cried all day and night but he left home I was looking for something online when I saw an article how the great and powerful Priest Elijah have helped so many in a similar situation like mine he email address was there so I sent him an email telling him about my problem he told me he shall return back to me within 24hrs I did everything he asked me to do the nest day to my greatest surprise my husband came back home and was crying and begging for me to forgive and accept him back he can also help you contact universalspellhelp@gmail.com or universalspellhelp@yahoo.com WhatsApp +2347054380994. Website: https://universalspellhelp.wixsite.com/priestelijah
Report
Jan 20, 2023 at 09:28 am by nichelleharris_23
I am Nichelle harris by name. Greetings to every one that is reading this testimony. I have been rejected by my husband after three(4) years of marriage just because another woman had a spell on him and he left me and the kid to suffer. one day when i was reading through the web, i saw a post on how this spell caster on this address (foreverspellcast49@gmail.com), have help a woman to get back her husband and i gave him a reply to his address and he told me that a woman had a spell on my husband and he told me that he will help me and after 2 days that i will have my husband back. i believed him and today i am glad to let you all know that this spell caster have the power to bring lovers back. because i am now happy with my husband. Thanks for Dr.BOB  His email: foreverspellcast49@gmail.com CALL/ WHATSAPP; +2349153314547
Report
Jan 21, 2023 at 09:07 am by rv480156
I NEED A LOVE SPELL CASTER WHO WILL HELP ME BRING BACK MY LOVER 2023 CONTACT +1(419)359 4367 or Unsurpassed.solution@gmail.com My Husband broke up with me after 9years of relationship. It started from small misunderstandings after which he told me that it would be good to take a break, which I think turned into a breakup. He no longer looks for me, he blocked my number and people said they saw him with another woman, this brought tears to my eyes because we are about to marry, I searched for help when i came across this spiritual man called PRIEST OSAS who have helped many people having relationship problem, I talked with him about my situation and he describe to me the process to get back with my lover, I followed his instructions and today I'm happy because my man came back after 5 months of breakup and we are happily married now. If you need the help of a spell caster for any kind of relationship problem contact PRIEST OSAS for a lasting solution. EMAIL: Unsurpassed.solution@gmail.com You can also talk to him on WhatsApp +1(419)359 4367 https://unsurpassedsolution.blogspot.com/ http://unsurpassedsolutionhome.website2.me/
Report
Feb 01, 2023 at 01:32 am by Morganmoore
With so much in my heart I am here to express myself on how Priest Salami saved my marriage from divorce. Myself and my husband were having some misunderstanding and it was tearing our marriage apart to the extent my husband was seeking a divorce. So I have no option other than to go to the internet to seek a solution to my problem. It was there I came across Priest Salami details and about how he has helped a lot of people by restoring their relationship. I contacted Priest Salami and in less than 48 hours my husband cancelled the divorce papers. Now myself and my husband live together in peace and harmony all thanks to Priest Salami for saving my marriage from breaking up. Priest Salami contact information are via email: purenaturalhealer@gmail.com. Whatsapp number: +2348143757229
Report
See more or post your comment...