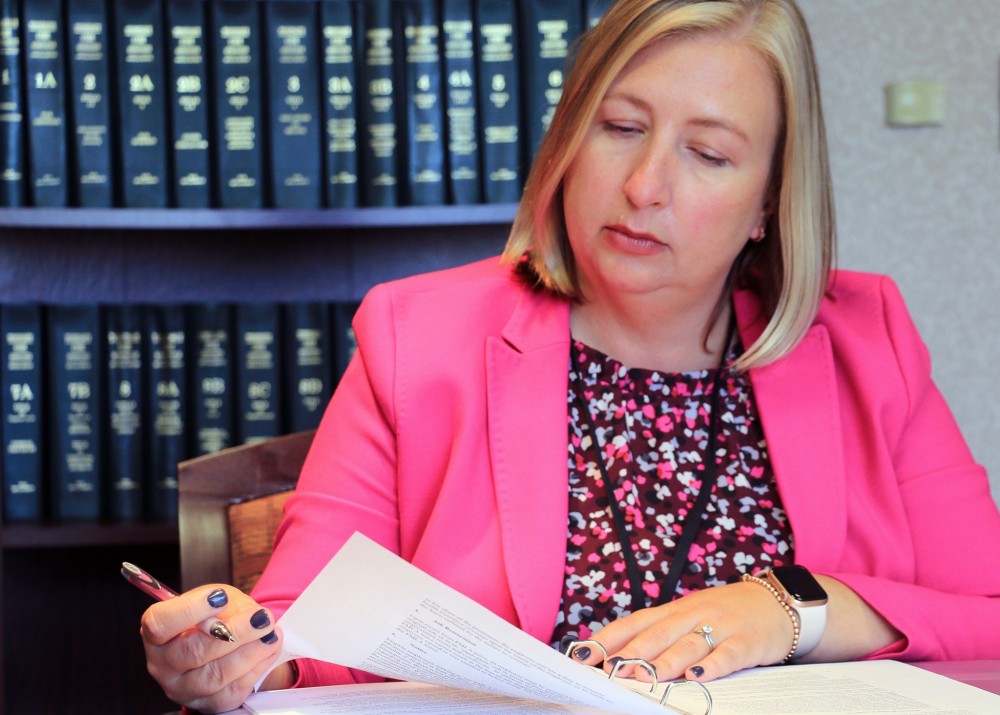 Monika Ridley is a 1998 graduate of LaVergne High School, who fled Poland with her parents when she was just five years old. (Keith Ryan Cartwright/RCS)

“I have an interesting story.”

The statement itself was not all that interesting, but what came next was attention grabbing and, perhaps, a bit thought-provoking.

Early in her first full week as the new general counsel for Rutherford County Schools, Monika Ridley said, “I was actually born in Poland during communism.”

Ridley, a 1998 graduate of LaVergne High School, fled Poland with her parents when she was just five years old. Her hometown of Gdansk (pronounced Danzig in English) is located along the Baltic Sea and “a lot of my family had already been trying to flee communism.” Her maternal grandmother was among them and sponsored Monika and her parents once she was settled into Toronto, Canada, where they lived until Monika was 12 years old.

Monika’s mother was a registered nurse and in 1993, because of a “huge nursing shortage in the United States,” she got multiple offers from hospitals in Corpus Christi, Texas, and Baton Rouge, Louisiana, but decided on accepting a position with Baptist Hospital in Nashville.

The family — Monika and her parents — moved to Franklin for a year before relocating to LaVergne the summer leading into her freshman year of high school when her mother transferred to Middle Tennessee Medical Clinic in Murfreesboro.

She remembers LaVergne as a small, sleepy country town in the 1990s.

“Once my parents moved here, they bought a house,” Ridley said. “It was night and day from communism. Moving to America and owning property and being able to go on vacation and having cars, you know, it was really the stereotypical American dream.”

Ridley attended LaVergne High for a couple years with the school’s current principal Dr. Theowauna Hatchett, who was also a student at the time. Both were and remain strong-willed, determined women with varied backgrounds, who proved themselves to be success stories despite whatever challenges they may have faced on their journey.

In high school, Monika was an above average student, played volleyball, participated in student council, and was eventually elected senior class president.

Her graduating Class of 1998 was the 10th at LaVergne.

Though her interest in government began in high school, it was not until her senior year in college when she transferred from the University of Tennessee – Knoxville to Middle Tennessee State University in 2001, to be closer to her mother, who had been diagnosed with cancer and has since made a full recovery, that an internship with the Tennessee State Legislature then indirectly led her to law school.

Ridley was assigned to the judiciary committee, where she assisted former representative Kent Coleman.

Ridley quickly came to the realization “these people know what these laws mean, and I want to be one of them. So, then I went to law school … with the intent of working at the legislature, maybe being a lobbyist or something like that.”

As significant as the achievement was in becoming the first college graduate in her family, it did not match the “big deal” of becoming an American citizen in October 2003. Ridley and her parents went to Memphis to meet individually with an immigration official. As part of a civics test, Ridley remembers being asked, “Who is the vice president?”

The answer was Dick Cheney.

“I thought, ‘Oh my gosh, this is the easiest question in the world,’” recalled Ridley, who was 23 at the time compared to her mother, who was 28 when she left behind the life she had known to flee Poland. A few weeks later, all three took the Naturalization Oath of Allegiance to the United States of America at a ceremony in Nashville.

“It was a very big deal,” said Ridley, who married in May 2005. Her husband is a LaVergne native, who works at Nissan and owns a local barbershop. Ridley enrolled at the Nashville School of Law in August of that year.

Once she graduated in 2010, passed the Tennessee Bar of Law exam, and became a licensed attorney, Ridley opened her own private practice in 2011. In addition to handling divorce and child support cases, she also took on child welfare cases that included neglect, delinquency and status offenses.

As a lawyer in a private practice, it was not always about winningcustody or visitation or parenting plans, so much as being more about doing what is in the best interest of children.

Her experience over the past 10 years will give Ridley a little different viewpoint going forward.

Ridley, whose daughter attends a Rutherford County school, takes over as general counsel for Sara Page and will assist Director of Schools Bill Spurlock along with district-level and school-level administrators, as they continue navigating the challenges associated with public education.

“I attended a lot of IEP meetings because I mostly served as guardian ad litem, which is an attorney for the best interest of kids,” Ridley said, “and just making sure that kids with special needs got what they needed. And a lot of that was education.”

Ridley added, “That’s kind of a parallel of what I’ve been doing. … Ultimately, as a mom, as a lawyer, as a person, we know if we try to do the best for our kids — in the long run — that helps everybody, right — families, society, school systems, the whole thing.” 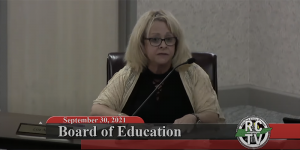 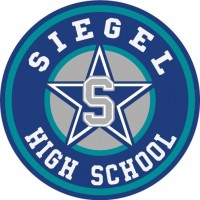 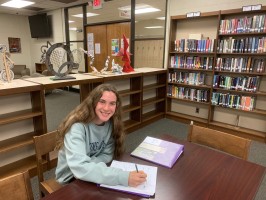