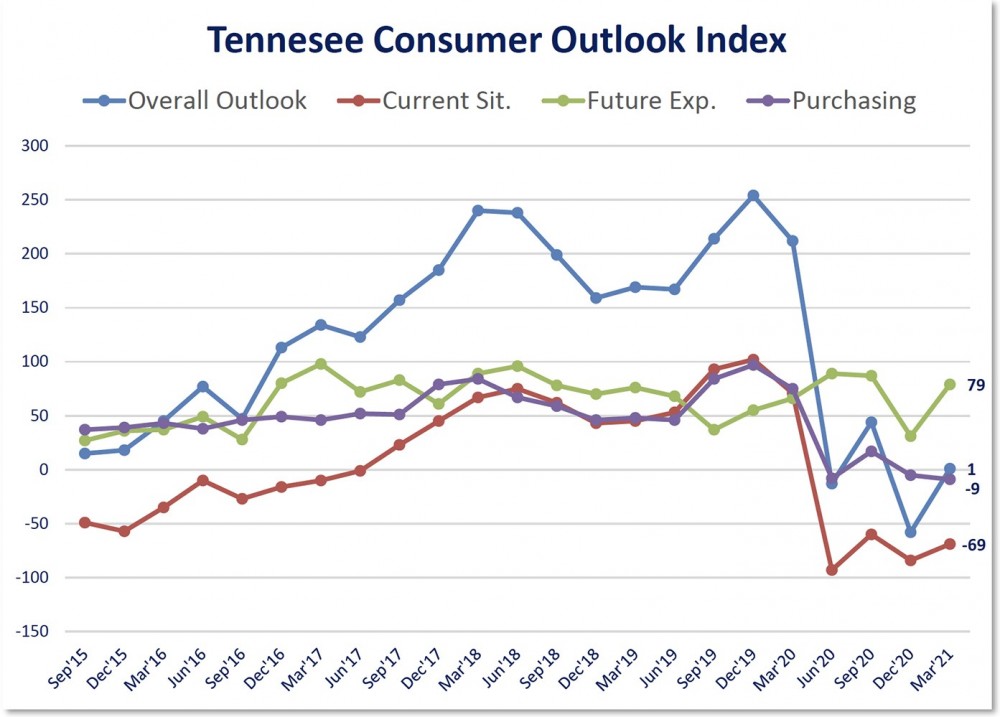 This chart from the March Tennessee Consumer Outlook Index shows increases/decreases since December 2020 . (Courtesy of the MTSU Office of Consumer Research)

Outlook among Tennessee consumers has improved noticeably heading into the spring and summer months, according to the latest statewide survey by Middle Tennessee State University.

The Tennessee Overall Outlook Index crept back into positive territory in March to 1, but that’s up considerably from -58 score in December, reports the Office of Consumer Research in the Jennings A. Jones College of Business at MTSU.

“Consumers have regained some of their lost optimism with respect to the future of the economy,” said Tim Graeff, marketing professor and director of the Office of Consumer Research.

“As the economy continues to emerge from COVID shutdowns and restrictions, consumers are increasingly optimistic. As the number of vaccinations increase, restrictions are lifted, and workers are hired to handle growing consumer demand, continued optimism can set the stage for future spending as consumers become more comfortable opening up their wallets and spending in ways they were not able to do so last year.”

And even as consumers are more comfortable shopping in public, 73% still think “it is very, or extremely important people wear masks when out in public around other people.”

Still lingering concerns over the economy

When asked about concerns or worries they have for the future of the nation and/or the economy, more than two-thirds (68%) said they were concerned about the potential for higher taxes in the future.

Further, 52% are worried about higher unemployment and economic instability.

“Such concerns can inhibit consumers’ desire to increase spending in the near future,” Graeff said.

Other highlights regarding the subindices include:

“Taken together, these results are good news for local businesses and retailers. However, large increases in spending might not happen for a while, until consumers have become more comfortable with an improving economy,” Graeff noted.

The current online surveys of 609 randomly selected Tennessee adult residents were conducted March 5-23 and has an error margin of 4%. To see the full report and previous reports, go to https://www.mtsu.edu/consumer/tnoutlookreports.php. 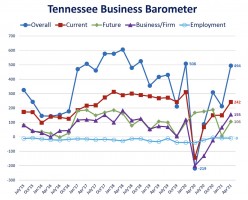 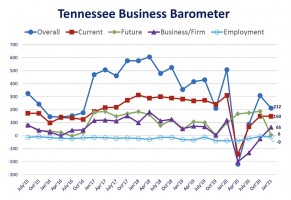 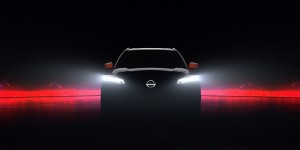 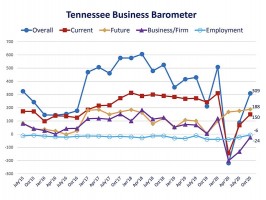