Stand outside the courthouse, on any day, examine the lines of people waiting for their opportunity to have their case heard.

Does everyone look like a criminal? If you answered either "yes" or "no," you have already pre-judged each situation.

One thing that I could see, very clearly, is that Rutherford County's judiciary process is making criminals.

We expect our judges to be completely impartial until they've heard all evidence against an accused, and to hear the accused before passing any judgement that could ruin their life.

I have been to court many more times in Rutherford County, than any other place I've lived in this entire world. Not always for my own cases, mostly with friends to help and support them. That doesn't mean I don't recognize how people end up in front of a judge or behind bars.

If you can spot the patterns, you can solve the world's problems.

I've spotted the pattern in Rutherford County, and it all starts with three people: our Magistrates who approve of charges that carry the weight of bail; our District Attorney Jennings Jones, who decides whether to prosecute or not; and lastly, the judges who hear the cases. It's Jones' department that throws it at the grand jury. The grand jury decides whether to indict or not. But HE sends it to them.

The system is easy to abuse, as in the case below.

Deborah Reed, a 64-year-old, retired special education teacher, has had cancer and both knees replaced. She has one thing on her mind, at all times: security and protection. She has little to live on besides her Social Security and retirement income. No phone, no computer. For entertainment, she has her two standard poodles and TV.

Her neighbor, a 30-something, stay-at-home father of five (three of whom are severely mentally challenged). He stays at home not to teach his children or socialize them, but to qualify for funds from the state, while his wife works as a nurse. He drives a $50,000 Cadillac SUV, and she drives a BMW.

So, when there was a falling out over his children's constant trespass and verbal assaults (evidently learned from "the YouTube") he and his landlord decided they were going to ignore their adult responsibilities and launch an all-out frontal assault using cameras, our judiciary and lies.

With four cameras pointed at Reed's property at all times, the landlord used former County Attorney Josh McCreary to send Reed a letter telling her she was interfering with HIS private enjoyment of his own property and then charged her with stalking.

That's right, while Reed pays Josh McCreary's salary, he represented a private client to bite one of the hands that feeds him! He misconstrued the law that he was quoting and then found a magistrate who would write up the charge of stalking.

To me, it sure looked like the tenant and the landlord were the ones doing the stalking and making lives miserable, but this isn't the first time I've complained about McCreary giving out bad legal advice (look here and here and here and here).

Reed was arrested and had to post bond, using what little she had in the bank.

From that point on, every time Reed was outside (quietly enjoying her property) McCauley would antagonize her. Nearly running her dogs over, setting fires close enough to her house she worried about it spreading to her property and being verbally assaulted by the children.

If she called the police or fire department, their response was to brush her off because of McCauley's charges.

She put up signs on her garage and used the word "retard." McCauley called the press. Every time she looked at him in response to his antagonism, he had her arrested for violating bond.

She has been arrested three times.

She has never seen any evidence against her.

She has been given a public defender, whom I witnessed and recorded, saying that "you only have Freedom of Speech when it's against the government."

Our District Attorney Jennings Jones needs to take a very close look at this case and ask himself if he really wants to hang his hat on the persecution of a 64-year old retired special education teacher. This is not prosecution, it is persecution.

This should never have reached his desk, if it ever did.

I'm quite sure it's not the first time a defendant has been "constructively criminalized" in Rutherford County. If you don't have the money for a private lawyer and you need a public defender, do you really want one who doesn't understand your situation?

Do you really want to pay a private attorney who's going to tell you the only way out of bogus charges is to cop a plea?

This is what I call "constructive criminalization."

The system makes money on every bond and every court fee paid.

Reed is innocent until proven guilty, but the system isn't treating her without prejudice.

Every step of the way, there has been abuse of our judiciary by the very people who are in charge of it.

DA Jones is elected. I voted for him, and this case magnifies a sense of responsibility for that vote.

100 percent of the trajectory of this case lies in the hands of the landlord, Richard Lyles. As a former landlord, I've had calls from NEXT DOOR neighbors (Lyles lives a couple blocks away) who complained about my tenants. I didn't care what the tenants said, I just told them they had to stop. Because they didn't own the house, they had nothing to risk. The landlord is 100 percent responsible for not taking proper care of his rental by putting up a fence and making sure there was no retaliatory action by the tenant.

Our District Attorney should never have let it get this far. Everything she did, she did while on her property, whether we like it or not. She wasn't trying to win an election.

Reed has paid thousands while being bullied. Prosecutors piled charges upon charges that originated from a complaint that was never litigated and never proven credible. To me, it seems Lady Justice is blind in this case, because she hasn't seen/heard all of the testimony.

Dec 02, 2019 at 02:16 pm by Kingsfalcon
Sounds like Reed may have been somewhat of an antagonist, but that still shodnt necessarily weigh in as a consideration of criminal behavior by itself. But If they invested in cameras that obtain video of some kind of clear harrasment then its open and shut. The law doesn't say people with knee replacements and cancer on disability get a special pass. Seems like she was an antagonists in spite of all her health problems.
Report
Dec 03, 2019 at 09:59 pm by Tess2019
Bringing a bunch of bikers to the property was pretty antagonistic. Putting 4 cameras up and pointing them at the house 24/7 for 2 years was pretty antagonistic. That was all done by the tenant next door to Reed. Tossing her garbage all over the driveway was antagonistic. Calling the press was antagonistic. All done by the tenant. There was antagonism from both sides, but no video evidence was ever shown to ANYONE. Not Reed, not the judge. But I can tell you, anyone who would stand in front of a car and video tape the driver, can't possibly be afraid for his life. We're talking about two strapping men who decided to embark on this course, rather than be adults and do the adult and correct thing: Put up a fence.
Report
Dec 04, 2019 at 06:34 am by Tess2019
The point of the article is not to litigate Ms. Reed's case, but to illustrate the way a criminal is artificially constructed by people who are abusing our judicial system. This is not the type of case we should be spending tax dollars on, and yet, when a truly prosecutable case comes up, our DA has to recuse himself. The prosecutors in Reed's case left it to languish for two years. There's only one place I know of where you have zero privacy: prison. The failure of intellect is astounding. Never mind the fact that our County Attorney got involved against a taxpayer who helps pay his salary. Everyone on the judiciary side failed miserably to apply the law equally and without prejudice.
Report
Login or Register to post a comment 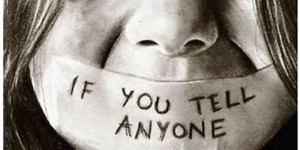